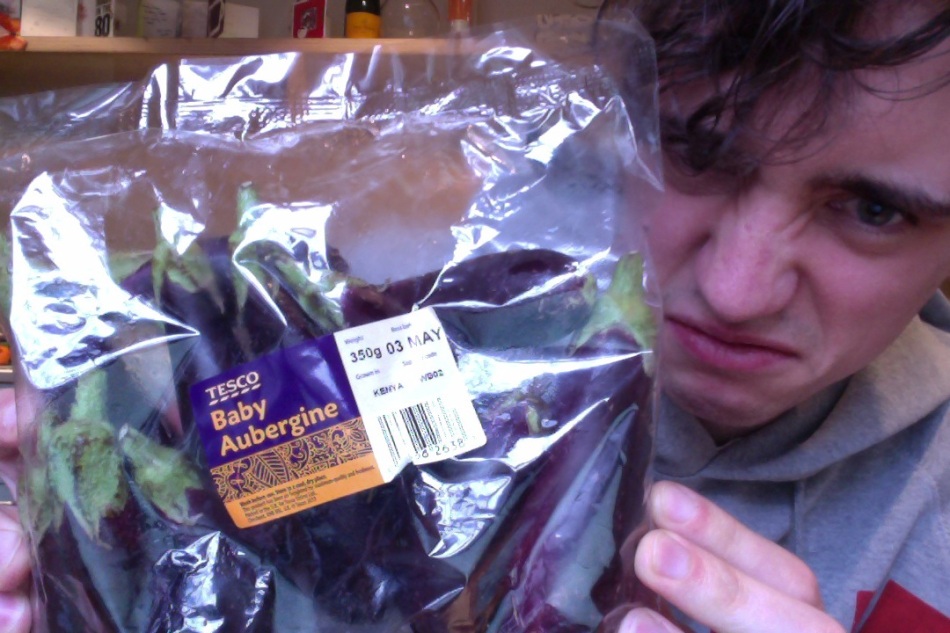 Sorry for being quiet. I’m about a third of the way through Haruki Murakami’s 1,200-or-so page, two volume epic 1Q84, so the book reviews are being stifled until I get through that. My only gripe with it so far – and the reason why I’ve never really loved the work of Murakami – is its allowance of a burgeoning sexual bond between a man of around thirty and a girl of 17.

And earlier, as I sat reflecting on this with mild nausea, my girlfriend stormed into the kitchen bearing a packet of baby aubergines.

Baby aubergines. Their vegetable lives cut short, purely to quickly satiate the hungry hunger of a hungry person, rather than waiting until they had fully developed and each bulb became able to satisfy multiple people.

But I know what this is. Just more evidence of society’s endemic lust for young flesh.

All the models I see in shop windows, on buses, billboards, are younger than me now. All of them. “Life is over when you pass puberty” seems to be the new UK mantra. People commonly remove all their body hair, middle-aged people dress more and more like teenagers, people in their mid-twenties decide to go back to school and do rapping. You know, it’s disgusting. Society is sick, sick, sick to the core like a half-eaten apple that’s been left overnight in a box of vomit, society is rotten, corrupt, society is Rolf Harris, society is despicable, society is eating its vegetables before they are fully grown. Society is encouraging people to eroticise the pre-adolescent by encouraging people to think of pubic hair as repellent.

In a sex education class at school, I once asked a teacher if pubic hair was an ancient, evolutionary, socio-biological signifier to indicate a person’s sexual maturity. My question was left unanswered. And then the generation I was growing up with became one that came to see sexual maturity as not when your pants fill up with coarse, knee-length hair, but when you take the initiative to pay a stranger to kill your loin follicles with a giant laser. Sickening.

Yeah, go ahead and eat your baby aubergines, whatever, but remember what you’re doing actually means.

It means you’re hungering the underdeveloped.

You’re condoning the eroticisation of the young.