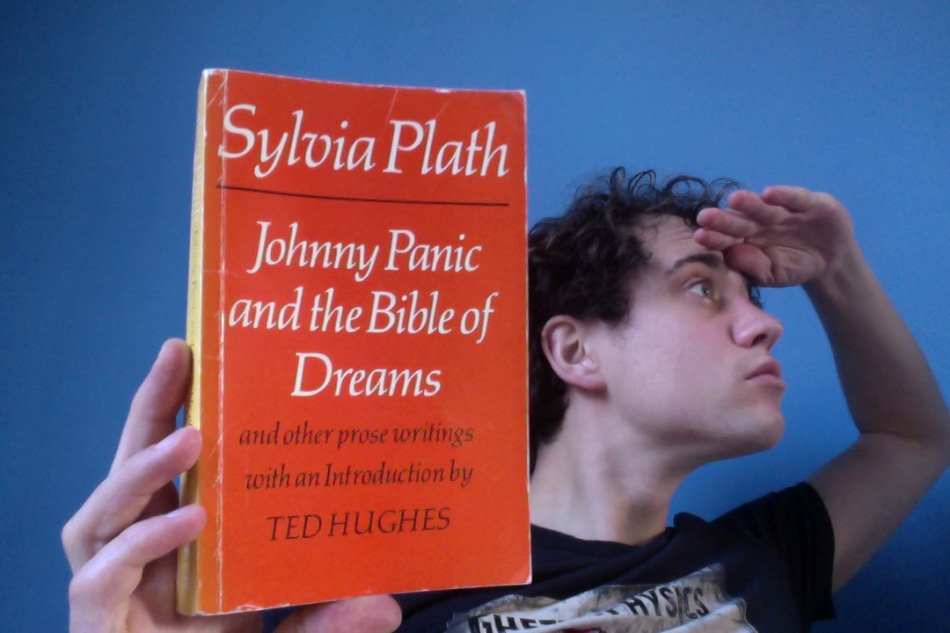 I intended to read Johnny Panic and the Bible of Dreams for a while, but held off doing so for the same reason that I wanted to: I loved The Bell Jar. I was worried that this volume of Plath’s collected short prose wouldn’t be as good as her novel, that it would be more optimistic, that it wouldn’t capture the essence of sadness and the sense of open, honest, self-exploration that the novel and her finest poems all manage to do. Of course, and thankfully, I was wrong.

Johnny Panic and the Bible of Dreams contains about 30 pieces – many are stories and articles published during Plath’s lifetime, but some are extracts from her journal, and a few are early drafts of pieces she abandoned. There is also (and I fucking hope it’s been dropped from more recent editions) a condescending Introduction from dick-poet extraordinaire Ted Hughes “warning” readers that the book in their hands is not going to be as good they’re expecting. What an arse. However, the anachronistic nature poet* was wrong. The book in my hands turned out to be great.

Plath offers a wide range of locations and characters and explores many topics. There are a couple of rather tame “American girl at Cambridge University” stories, there is one poignant wish-fulfilment piece about a young mother discovering that her literary husband is not a philanderer, but other than these, and both where she does and does not draw directly from her own life, she is on-point and investigative. There is a brilliant piece, ‘Snow Blitz’, on the still-relevant inability for the British to deal with snow; there is ‘The Fifteen-Dollar Eagle’, about watching a tattooing; ‘Superman and Paula Brown’s New Snowsuit’, about childhood in New England; there are stories about the loss of her father, about travelling in Europe and America, about mountains, about the sea, about ageing, about dreams, about becoming a parent, about not becoming a parent, about being depressed, about losing lovers, gaining lovers, about the ultimate confusion adult life brings, about being lost, about being lonely, and about making decisions that are regretted, deeply, forever.

My favourite section, to be honest, was the fifty or so pages of journal entries. There was an immediacy to them that, though present in the best of these stories, had been lost in those that were direct fictionalisations of the journal. But I like things where the honesty is closer to the surface. A lot of these pieces are autobiographical, but most are not autobiography. Journal extracts are simpler to understand as true. Simpler. Ha.

Plath is a deeply skilled writer, and Johnny Panic and the Bible of Dreams offers many examples of her abilities. It frequently exhibits the emotional punch she is able to land effortlessly in her strongest works. Not as great as The Bell Jar, but few books are. Definitely worth a read.

* I should mention that I enjoyed Birthday Letters, but have found absolutely everything else I’ve read by Hughes to be dull and backwards-looking.