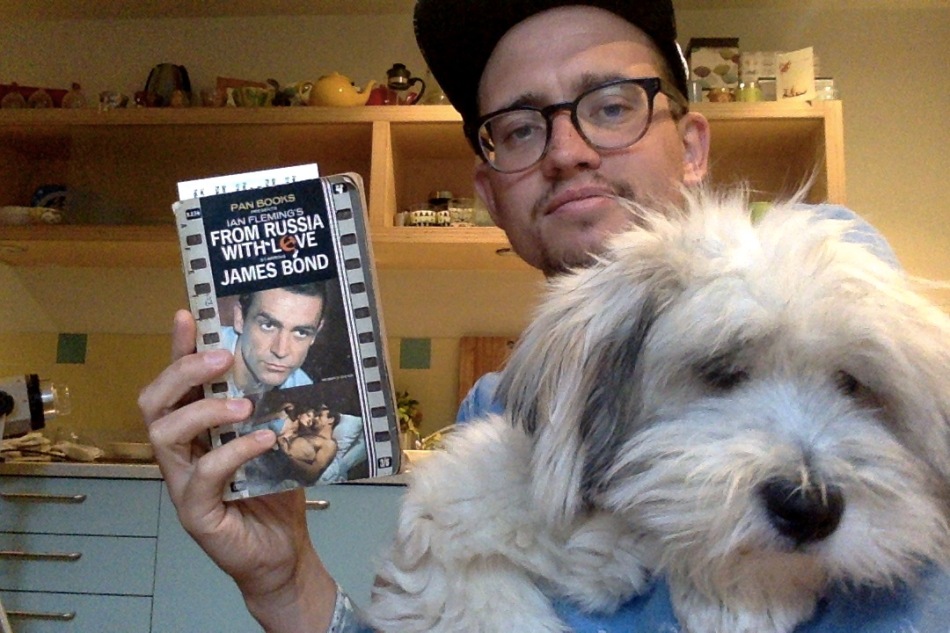 This is my first blog post in a while, and even then it’s still happening a little earlier than expected. For anyone interested in my movements, in where I am, where I’ve been and where I’m going, I’m currently on a brief interval in the midst of my intensive 40km a day 1000km pilgrimage across France and Spain. The part of the walk I completed, in just under three weeks, was approximately 700km, from Lourdes, up through the High Pyrenees, (i.e. climbed every mountain) and into Spain, before heading downhill and then loitering through the pyrenean foothills of Aragon and Navarra as I walked through towards Puenta La Reina, where I joined Europe’s most popular pilgrim footpath.

I walked through the hot desert heat and into La Rioja, where the smell of roaring vermouth oozed out of the old vines as they baked under the sun, I crossed through into Castilla y León, through the medieval city of Burgos that was having its annual festival, I ploughed on into denser countryside and through tiny villages with churches the size of stadiums, through forests to hidden monasteries where I had to beg to be allowed floorspace to sleep on. I tore my feet into blistery shreds and elevated my Spanish to the point where I could seek medical assistance about them, and then took my language skills to a-whole-nother level when a couple of nights later, I was able to get into an argument with a Spain-based Russian who was incensed when I failed to be intimidated by his aggressive behaviour. I hid from wolves in mountains, I slept rough twice, I shat myself, I feared for my life with good reason on several moments, and more importantly I took the time to deeply investigate and engage with myself. BUT, I didn’t finish the walk. I still have 300km to do, and a lot of the good work I was getting done psychologically wasn’t quite finished. I have taken myself apart, yes, I have let my body sink into such a mire of pain and repetitive trudging forwards that my mind was gifted freedom, loosed, shaken out. I wept by waterfalls, I screamed in the middle of roads, I woke up from terrifying dreams, from wonderful dreams, from confusing dreams, from no dreams. I woke up a lot, actually, though that was mainly because I was sleeping in dorm rooms with the kind of other people who do hiking, most of whom are old enough to snore as a standard biological response to sleep. Whilst there, my body shaking itself and my mind into pieces, I examined every bit of myself, every action, every pattern of behaviour, every way I thought about myself and I sought answers, reasons, beginnings, for them all. I’d got to the point where I’d taken myself completely apart, separated every organ from every other one, studied it, washed it, cared for it and put it somewhere safe – I’d done this for everything psychological (my body still a wreck, but surely no one would do a masochistic 1000km hike to improve their PHYSICAL health, would they?), but hadn’t reassembled it. I hadn’t finished my work or my walk. My wolk. My wark. Not coitus interruptus, rather ambulemus interruptus*. I’m there on the slab, waiting to be reassembled, and because my delicate work is not yet complete, I’m still staving off alcohol and hair removal, my Nazarite vow continuing until my walk ends.

ANYWAY, forced to take a break, I journeyed from the Iberian peninsula to the vastly more foreign post-Brexit-referendum UK. There was a nasty taste in the air as soon as I stepped off the plane, with a pair of 70 year olds giggling about the forthcoming smaller queues with the guffawing border guard. They all looked like racists, and the couple returning from a trip looked like they’d had little cultural experience or interaction whilst away. One grain of happiness to remember when genuinely small-minded bigots wander across your path: they don’t have the cultural or political capital and empathy necessary to enjoy Infinite Jest, so the last laugh is, thankfully, ours. Unfortunately, they DO have the cultural capital necessary to enjoy the book that I had with me, a battered 1960s film tie-in paperback of From Russia With Love that I found in a hostel. These small-minded brexiteers probably love the writing of Fleming and probably lap up the idea of England and Britain as captured in these historical curiosities, for this is how they mistakenly still see the UK: the big, strong, powerful, man, saving the world. Deluded, delusional and completely wrong, 52% of the UK populace voted for us to leave. A stupid decision and in many cases a vitriolic, aggressive, decision, I think that voting leave is something that all but the hardiest of self-important, shame-free people should feel deep embarrassment for, on a par with accidentally urinating in the middle of your own wedding. Yeah, maybe you could style it out, claim you’d done it to “stir shit up”, but most people who did it would be RIGHTLY mortified. England is dead, by its own hand.

Which is in COMPLETE contrast to the glorious England that still exists, proud and strong, in the novels of Ian Fleming, the man behind James Bond and – lest we forget – Chitty Chitty Bang Bang.

From Russia With Love is a brilliant James Bond novel. Structurally, it is one of the most interesting of the series, for its opening third is entirely taken up from the perspective of various agents of SMERSH, Russia’s elite anti-espionage unit whose name is a werge for “death to spies” in Russian. The reader watches the Russians concoct an elaborate plan, we see their greatest minds and their greatest weapons, we meet the psychopathic man that will commit the violence, we meet the charming woman who will seduce the enemy, we meet the chess grandmaster who will plan a response to every possible counter move and we meet the men and women that choose the target for all this deviousness to land upon. That target is James Bond, a man whose career and body they wish to leave in tatters as a sign to the international spying community that Russia isn’t for playing with.

Obviously, when the plan kicks into action, Bond sorts everything out. He fucks the honeytrap so well that she falls in love with him, he’s stronger and cleverer than Russia’s best assassin, who over-confidently tells Bond everything he needs to know to understand the plot and prevent anyone else from dying as a result of it (there’s a bomb somewhere). Of course, everything is fine. The good guys win, the bad guys die or are captured. Along the way there’s loads of food, loads of booze, loads of sex, loads of travel and loads of glamour. There’s a woman on woman gypsy fight, there’s a tunnel full of rats, there’s a massage scene, there’re comments guffawed about by male characters on “what women really want from a man” and there are racial and national stereotypes writ large in a way that would be unpublishable were this new.

From Russia With Love is great fun. But it’s completely outdated. The plotting is tight, it is exciting and funny where it’s meant to be and there are a few twists along the way. There is, like in all Fleming, a gentle nod towards the Gothic (the Russian assassin is a “manic depressive” whose violent, murderous, moodswings** occur regularly at the full moon) and there is a normalisation of extreme alcoholism that is sometimes almost laughing at itself. In an early scene the Russians bring out their file on Bond and, under his vices (his smoking is covered elsewhere, lol), we get: “Drink, but not to excess, and women”.

This is the problem with Fleming’s books still being in print and Fleming’s books being read by people who don’t see them as the odd throwback pieces of interest that they are. This is the view of Britain and the world more generally that millions of people in the UK have allowed themselves to continue to believe in. Fleming, as he wrote it, knew it was a lie, he understood the ways the world was changing and he was far less socially conservative in real life than he is as the implied narrator of the Bond novels. But he is good at suspense and excitement, and these books are good thrillers, regardless of their often quite problematic racism, xenophobia and near constant sexism. Even in the 1950s and ’60s, though, these were books set in a fantasy world. The Bond books were bestsellers being turned into films in the same decade as the fucking Beatles – it would be patronising to presume that this was how the nation genuinely saw itself then, as a big swinging dick ready to fuck Russia so well she doesn’t want to kill us any more.

But those who voted Brexit are the wilfully blind.

Those who voted Brexit are the kind of people who think that the UK is the most important country in the world, who think we should involve ourselves in every international conflict but without any cooperation, because we don’t need it. We don’t need help, we are an island, our nation should be an island and will weather the storm. If James Bond, one man, can defeat foreign armies in every single one of his adventures, then why do we need a community of nations? If we’re as strong and as smart as these people think we are, then we don’t need anyone else.

But we DO need other people, we do need community and we do need a team. The UK cannot become James Bond, an imaginary man from 60 years ago. In Game of Thrones, a far more appropriate and timely analogy, the heroes do best who make alliances, who foster communities and cooperation and who treat others with respect. Individualism, isolationism, does not make for long term happiness or stability. That’s why James Bond is an alcoholic: he is sad because he’s alone.

These books should be kept out of the hands of people who don’t read them with a sense of irony. These books could be dangerous.

Britain has fallen, and it has fallen due to its own people rising up and slashing the country’s wrists. Bond would never kill himself, he’d never put himself in a position where his own death was guaranteed. Because these people aren’t James Bond. They’re 17 million Ramsay Boltons, and with the forthcoming huge recession, there are gonna be a lot of hungry dogs in the streets…

* That was a Google Translate job of the word “walk”, interruptus may not be real Latin. I don’t know, I don’t know Latin. I’m not that metropolitan elite. #corbynout

1 comment on “From Russia With Love by Ian Fleming”