Today, the building that I live in caught fire.

I was taking a mid-morning piss as a loud alarm I had never heard before started echoing through my flat.

I live next to some traffic lights on a busy road, so my first instinct was to presume that it was a bus or a lorry or something that was reversing into the precariously-positioned parking space in the middle of the junction (this happens a lot). It wasn’t, though, and as I washed my hands my partner started shouting through the door at me, “We have to go outside! We have to go outside!” I pulled on my shoes, heard my neighbour in the corridor between our apartments almost screaming, “Fire! Fire! You’ve gotta get out!”, threw my laptop into a backpack, pulled on a hat and opened the door to the apartment as my partner bagged up her essentials and picked up the dog.

In the corridor immediately outside our door, there wasn’t much smoke, but there was this pounding new alarm. My neighbour rushed past me and opened the doors to the stairwell as my partner came through the door of our apartment behind me.

The main stairwell was almost opaque with smoke.

There were reams of thick, dense, grey fog pouring up through the central stairwell of our building, through the open door up from below. Uncertain if there was flame behind the smoke, I shouted – to no one in particular – “How do we get out?” and a voice responded – I don’t know whose – “Down! Down! Now!”

I ran down the stairs and once I was outside and on the pavement I turned around. My neighbour, carrying his Chihuahua under his arm and a zip-up jacket open across his naked torso, was right behind me and then – in reality probably three seconds but it felt like longer – my partner and Cubby exited the smoke-filled building and we crossed to the other side of the street as four separate fire engines, plus several police cars, arrived with sirens screaming. In the moments before they disgorged people, a bald man in a red jumper who I have sometimes seen as I enter and exit the building sprinted around the corner with a fire extinguisher he had clearly requisitioned from a nearby business and ran into the smoke.

Then, suddenly, there were ten or fifteen people in fire-proof outfits with oxygen tanks, facemasks and their own names stitched large at the base of their jackets.

There were other fire fighters in flammable (i.e. normal) clothes, and they ran to the nearest fire hydrant, unspooling a massive hose, while others screwed big lengths of piping together before all the pipes began to expand as water started surging through them and into the building.

We couldn’t see much, but the fire fighters were inside, masked, for a few minutes before one came out with a smouldering pile of blankets and dumped it on the pavement. Another firefighter poured water on this as I noticed that the bald man in the red jacket was being escorted, handcuffed, into one of the many loitering police cars.

With the fire out, the fire fighters stood around chatting and then an engineer/inspector arrived and spent a few minutes in the building before giving the nod to the waiting crowd permitting reentry. A man in his mid-fifties who was wearing nothing but a dressing gown and flip-flops was the happiest person to be allowed back in.

The central staircase – and I imagine the ground floor corridors – were covered in a layer of soot well over a centimetre thick, which lessened as we walked up the stairs and was near non-existent in our corridor, which was only a metre from where I’d first seen the impenetrable, opaque smoke. Like someone in an old movie, I nursed a tequila to steady my nerves, made sure all our windows were open and fans were on and then I had a goats cheese, rocket and fig jam sandwich.

Then I walked Cubby around some nearby backstreets and read a book of poetry.

The strangest thing about the whole experience was that – in the panic to get out – no one had put on a face mask. Though all the non-oxygened-up police and firefighters were masked, all of the residents of my building looked positively pre-corona when we got outside.

An abnormal moment of panic became a strange moment of normalcy; I have barely been outside without a mask for weeks. It was strange to – however briefly – interact with people while none of us were wearing masks. Strange.

Obviously, whatever book I was reading was going to suffer when compared with the events of the day. Though Marianne Moore’s poems were fine, they were all about animals and the classics and were, to be honest, the kind of poetry I find devoid of function.

I like animals, so I enjoyed thinking about some animals for a bit, but I found all the content in this Selected Poems (Faber, 1960s) very dated.

Moore was born in 1887, but though there the same timeframes and global events of the Lost Generation appear in her work, there isn’t so much of the ennui, the hopelessness, the despair, which is the kinda thing I like to read.

Poetry, for me, shouldn’t be a distraction: it should be something that focuses ones impression of the world; not a kaleidoscope, a microscope.

Also today, a Book Blogger wrote a nice review of Bad Boy Poet, despite the reviewer’s assertion that they find “descriptions of sex acts disturbing”. In spite of that, they seemed to like my book! Read the review here! 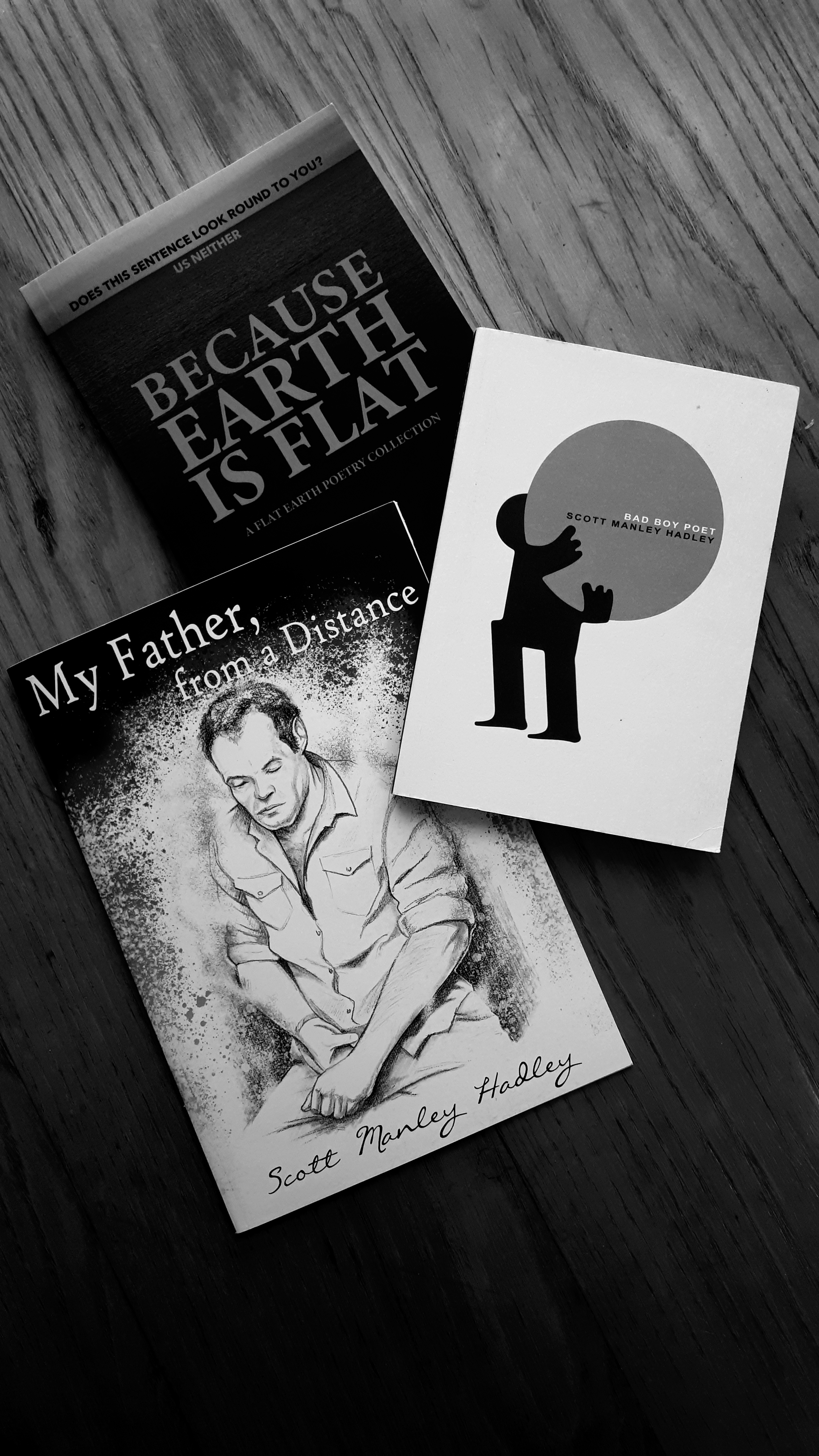 Obviously paying for a pdf isn't a great deal, but I'm outta day job work so a contribution towards my living costs would be appreciated by me and my dog and my lover. I'll email and you can tell me which you want. BEIF as standard.