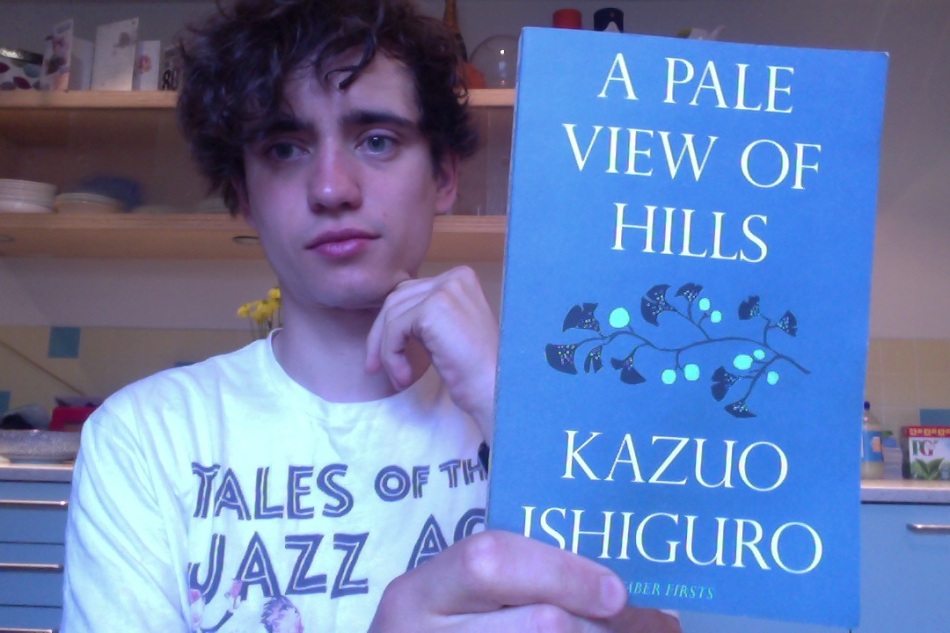 Kazuo Ishiguro’s first novel, A Pale View of Hills, doesn’t quite pack the emotional punch of his later, more famous, The Remains of the Day. Tersely, and quite lyrically, written, it is a short book exploring the social repercussions of the Second World War in Nagasaki.

It is about a fractured, changing society, and the text focuses on the conflict between the elder, conservative, generation (too old to fight in the war) and the younger – those who witnessed atrocities and those who didn’t. The novel thus has a rather dark, ominous tone, with violence existing just below the surface, occasionally flaring, but never to extremes. Violence has been normalised to the point where everything has lost the power to shock. In fact, the only person who expresses true shock at anything is the protagonist’s father-in-law, who repeatedly exerts his disgust that married couples now sometimes support different political parties.

The text deals a lot with memory, with repression and confusion of events, becoming quite deliberately unstuck by the end. The narrative takes the form of the recollections of Etsuko, a Japanese woman who moved to the UK for a second marriage, with a child from the first. The text flits between her living alone, middle-aged, and receiving her youngest daughter as a visitor, and the description of a Summer twenty-something years ago when she had a brief friendship with a single mother who is convinced she will escape to foreign shores with the assistance of her American lover, Frank. The young Etsuko believed her friend was being strung along, and the narrative is framed in a way that very much implies this is the case. Etsuko (and therefore the reader) never meet[s] Frank, and very little is learnt about him. The men in Etsuko’s life, however, are explored in quite some detail: her husband, Jiro, and her father-in-law, both of whom represent old-fashioned ideas, though do not seem to get on. They are both  advocates of hard work, silence, emotional repression and the importance of correct behaviour at all times. Although this is a novel that talks about the ideology behind shame (one of my favourite literary topics), it is not one that explores it… Every character seems too repressed (except for possibly Etsuko’s friend, though Etsuko is too uncomfortable to ever ask personal enough questions for this to be revealed) to do anything that may result in shame. In fact, when this seems the likely result of an action, as with the likely results of many actions, events fizzle out. The potentiality for violence, for plot and for discussion of motive, repercussions and movement are repeatedly unfulfilled.

To be honest, I didn’t really rate this. I found it a bit… dull, really. Though it is stylistically rather elegant in its restraint, though it is, yes, implying more than it is saying, evoking emotion through action rather than Modernist introspection… I don’t know, I just felt a bit cheated. The Remains of the Day had me in floods of tears for hours and hours, whereas I got nothing like that from this. I can understand and appreciate that it’s not really my kind of subject matter – war and violence – but I’m also happy to admit that the Jonathan Safran Foer books I recently read about topics that hold little interest to me, intellectually, were incredibly moving, very satisfying reads. This book isn’t, I’m afraid. It didn’t make me think or move me, and nor was it very much fun. I don’t intend to ever read it again.

0 comments on “A Pale View of Hills by Kazuo Ishiguro”