On this blog, Triumph of the Now, there is a little box on the page titled ‘About & Contact’ where one is able to send me direct messages. Every few weeks, something pings through. Usually it’s someone sharing an opinion on a book I’ve written about or, better, an offer for a review gig. Yesterday, for the very first time, it was used for something different.

Last night I was the recipient of my first online abuse:

kill yourself, you hipster faggot.

From an IP address registered to Singapore at 2104 BST on a Sunday night in beautiful July (i.e. 4am Monday in Singapore, if poster was even there), someone gave a fake email address, named themself ‘Scott’s conscience’ and sent me a misguided attempt at hate speech:

kill yourself, you hipster faggot.

The first thing I noticed, of course, was the punctuation.

The comma in the middle shows a coherent and correct understanding of written English, and is a necessary comma in its position but one often ignored in common usage, especially in moments of heightened emotion, or when someone is trying to insult or encourage. An obvious example to demonstrate this is thinking about the difference between cards saying “Come on, Mum!” and “Come on Mum!” One is an instruction to the mother, one is very much not. Commas are important, and this cheeky internet commentator has them down.

Perhaps, though, I’m giving ‘Scott’s conscience’ too much credit, as the word previous to “you” is “yourself”, and I can just about believe that someone who thinks “faggot” is an acceptable word to use might cognitively understand that the phrase “kill yourself, you hipster faggot” contains two clauses. The subject is the second person, and clarity almost insists on putting some kind of break between two words that have a similar meaning. Realistically, though, the “you” is unnecessary.

The first clause makes such a clear address towards the reader – to me – there was no way I would have read a secondary clause of “hipster faggot” without understanding I too was its addressee. “kill yourself, hipster faggot” makes no less sense than the final version decided on by the writer, and its immediacy through truncation makes the attack seem more aggressive. Aggression is powerful through frankness. I.e. a fist is a fist is a fist, but a hand can caress. To cut the sentence down to all it needs would have added impact, and I believe the writer’s lack of confidence in his or her clarity lead him or her to indicate TWICE who is being addressed. This is a tautology, and diminishes the message’s power.

The other sign of absent confidence is the fake email address and the lack of a name. The web form requires an email address to send a message, but rather than provide a real one, this is a button-bashed fake. No care was taken to even make one up (why not scottsconscience@gmail.com?), which shows a sloppiness in the writer’s style. Why bother making such an outlandish statement without offering the means of debate?

If someone wanted to properly critique my blog, I’d suggest drawing attention to my over-reliance on biographical exploration when discussing fiction – that’s a real, perceived, weakness, though I could argue against it. A novel – often the product of years of a writer’s life and thought – takes a huge amount of material from its creator’s life, and even if this isn’t literally so (i.e. plot), a writer’s thoughts are influenced by the things that happen in and outside of it, so a novel soaks these things up like a fancy sponge.

We must remember that “faggot” is considered an offensive term, although as a heterosexual who sees no shame in being gay (alas, I’m not*) I am no more insulted by being called “faggot” than I would be by being called “nigger”. These are both loaded terms used as insults by bigots, and though both have been reclaimed to some extent by the people they are meant to insult, the use of the term by someone who identifies as outside the group is meant to disparage. The writer of the message thought calling me a “faggot” would insult me, which I don’t understand. a) Why would it matter if I was gay, and b) Why would I be insulted by a gay slur if I wasn’t?

Oh no, an anonymous person on the internet thinks I’m gay and he doesn’t like gays, I should change my behaviour.

Of course that’s ridiculous, here’s a picture of my arse, my hips pulled in to look feminine and my ballsack shrouded in shadow: 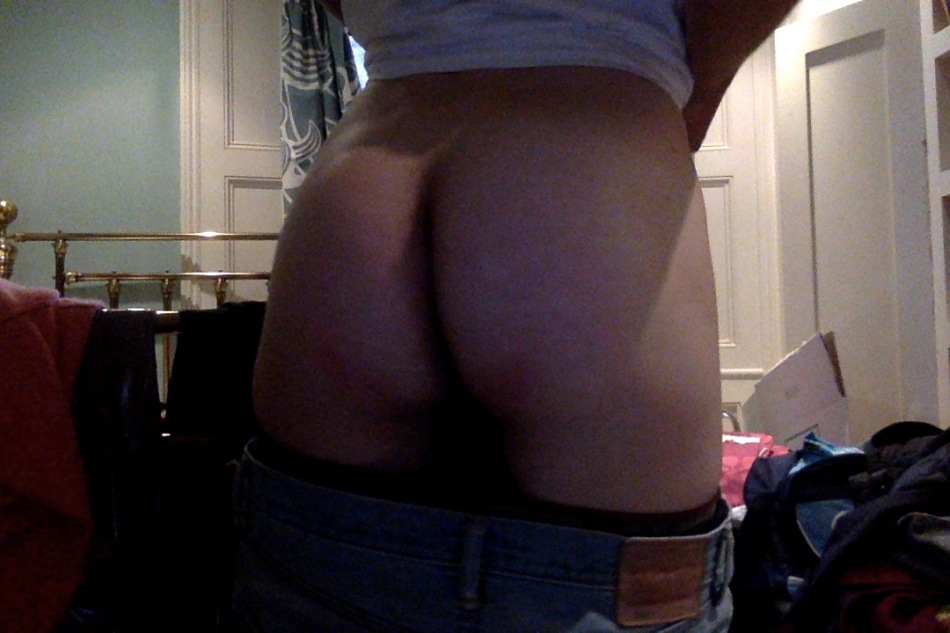 To use “faggot” as an intended insult is intolerant and could be considered a hate crime.

To use hipster, however, is fair enough.

“Hipster” is a word that’s meant young(ish) and trendy(ish) for decades. It appears in the writing of Ginsberg:

It is an old word, and an apt word. But one that I think it’s legitimate to use as an insult if one is annoyed by hipster culture. You don’t like wanky millennials? That’s fine. You don’t like homosexuals? Not fine.

In fact, showing a colossal lack of irony, this email pinged into my giant phone whilst I was doing temp work at a pop-up crazy golf course in a field in East London, as part of an immersive cinematic experience, the uber-millenial Secret Cinema. And that wasn’t even me reaching peak hipster, I’ve done things far more hipster than that, look at the cocktail bars I’ve worked in and the parties I’ve been to and the business I’m launching in a couple of months.

On LinkedIn, I list my occupation as ‘Hipsterpreneur’. (That’s not a joke.) I write reviews of independently published books for an East London zine. I have a Masters degree from Goldsmiths College. I’ve backpacked around Morocco. I’ve had depression. I spend more money on clothes than I do on public transport. I have a fluffy dog named after the producer of the James Bond films. I read and walk. I wear a lot of hats. I run a fucking literary blog that I’ve actually got paid work off the back of. I occasionally rap. I’m a member of the Liberal Democrats. I have a recognisable laugh. I’ve been in the background of scripted reality television shows. I use the word “bang” to mean ingest but not fuck. Pubs annoy me because they don’t make negronis. I don’t watch scheduled television. I own shoes made of cork. I’m a vegetarian.

I’m about as fucking hipster as it gets (other than no facial hair or tattoos), so to think that I’d find the word insulting begets great ignorance.

And as to the instruction to kill myself, it is a thought I had on my own many times before, in the past. And how did I shake that feeling?

It was by learning to understand who I was and learning to feel no self-hatred. No, I don’t want to fuck men but I do want to dress up in elaborate drag and perform from time to time, and I don’t feel that necessitates any internal confusion or turmoil. I like talking about books and I’m not ashamed to do it whilst flashing my nipples or buttocks. I am a staunch political centrist but spent all day today in a cap with Lenin’s face on, because I think it looks cool. I’m vacuous and over-educated and I don’t care.

I am what I am / I am my own special creation

‘I am What I am’, Gloria Gaynor

The last reason on earth for me to kill myself is because some vitriolic homophobe thinks I’m gay and trendy. Why would either even matter? Live and let live. Eee tee cee

I’m excited by my first experience of online abuse because I’m aware that as my viewcount continues to rise it will happen again. Gaining traction, gaining popularity, gaining responses.

There’s one thing you can’t say about this message, and that is that it evidences a lack of reaction. There is a reaction, and a reaction is engagement and engagement is good. More engagement please, however it makes you, the reader, feel.

A view is a view. And more of them means I can start getting ad revenue. And that, my friends (which all of you are), is the dream.

* Believe me, I tried. Being gay would suit my persona and allow me to take on a real kind of “outsider” identity, but the bit that actually matters just isn’t my kinda thing.

7 comments on “kill yourself, you hipster faggot”