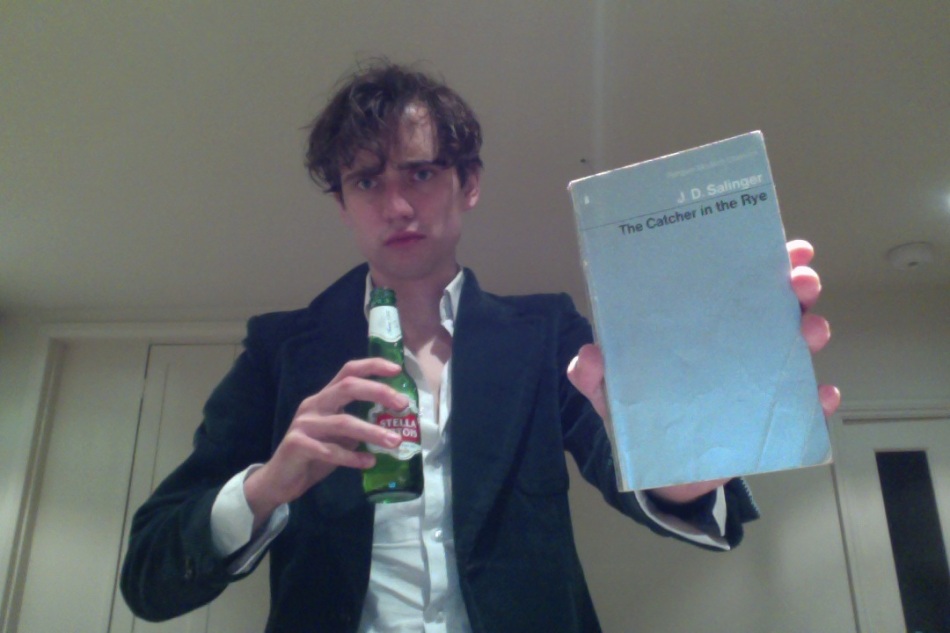 Like the fashionable urbanite I am, yet again I’ve arrived late to a party.

The problem with encountering something highly influential is that one has read, seen, heard, numerous adaptations of the source text in more modern, relevant, versions.

Though I enjoyed The Catcher In The Rye, I read through it constantly aware that five/six years ago, I would have LOVED it. But since then I have read Vernon God Little, The Rachel Papers, Less Than Zero ETC., and, sadly, I’ve satiated my need for angry selfishwithapossibleheart teen male protagonists.

Because this is a classic, and rightly so. It’s witty, engaging, has a strong narrative voice, it was doing something utterly fresh and new and compelling at the time… But sixty years on, it’s power to shock, to surprise, is gone. Which is, of course, partly due to its success, its fame, its dispersion and the aping of it that has happened… I read this too old, and it’s my fault, and it’s sad…

But it’s not as funny as Vernon God Little, it’s not as dark as Less Than Zero… It’s better than Martin Amis’ attempt, I’ll give it that, but… Sadly, I’ve read too many books that rip Salinger off to be impressed by the original. Which is my fault, entirely. I wouldn’t recommend this to anyone over 21, though, which is sad, because I’d wanted to love it.

Alas, not to be. A literary mistake on my part, saving Salinger for my mid-twenties. Or maybe nothing quite horrible enough happens. I don’t know. But a (self-inflicted) let down. Apologies to any fans.

1 comment on “The Catcher in the Rye by JD Salinger”