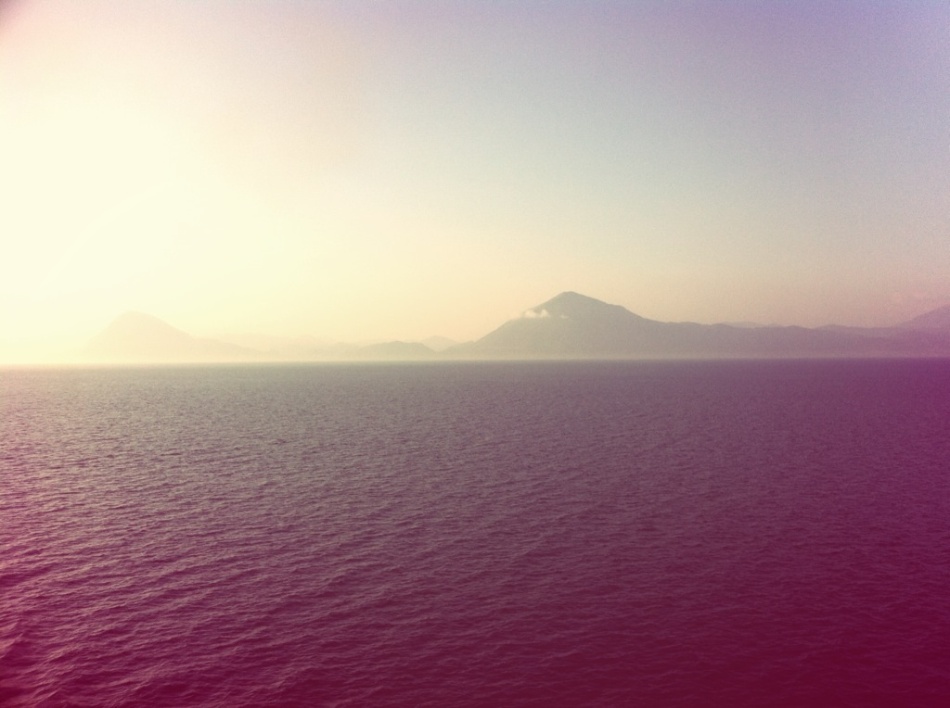 My second day in Athens I woke up, fully dressed, contact lenses in, on the floor. A chair I may have fallen off tilted beside me, shallow marks on my arms from where I’d failed to self-harm using blunt nail clippers. Muggy-headed, nauseous, auto-bruising fading from my arms, thighs and face, a craving for Prozac and carbs like I hadn’t felt for weeks, my mouth tasting of fags, my newly hairless genitals sweaty from a night in trousers. I stripped off, shat, downed a lot of tap water and collapsed into the bed I’d been too drunk to use eight hours before.
A bed that was not empty.

But no, I hadn’t finally caved and had the coke and hookers night I’d pencilled in when an early itinerary included a trip to Naples, my girlfriend had arrived. And we had drunk to excess.
The doctors/therapists/counsellors/DMs sent through Twitter and WordPress when I “go too far” regularly tell me that depression is exacerbated by alcohol. My first binge in months proved it quite definitively. I’m going to have to seriously consider going tee-total if I can’t maintain the responsible drinking I’d learnt earlier in the summer when around other people. Sad but true. Lock up your disaronno.
I had arrived in Greece 36 hours before, in the bustling, good-looking, port town of Patra. My last night alone, my last night dining with a book (Ali Smith’s There But For The – excellent, made me howl with tears), my last night finding a cafe both trendy and affordable, ate my first Greek Salad of the trip, drank two massive glasses of wine, retired to my hotel room and snipped off the massive month-and-a-half bush my (usually very neat) pubic hair had become*. I slept, travelled via two buses to Athens Airport. The entire journey I was accompanied by a group of Aussies (obviously I didn’t engage with them – my last hours alone, why would I waste them???), one of whom (male) was topless the whole way. This pissed me off, one shouldn’t travel for five hours on public transport topless. It’s obnoxious. And it wasn’t even like he was ripped or anything – not overweight, but his nudity certainly wasn’t a treat or a brag, just gratuitous “comfort” nudity. The WORST kind.
My girlfriend arrived mid-afternoon. We travelled to the city centre through the sprawl of Athens. It’s a big city, a big city of low buildings, many in a bad state. Several strong hills, limestone I believe, jut out from the otherwise flat expanse, one of these the famous Acropolis hill, topped by the Parthenon and other iconic ruins. We wandered that evening and night, drinking too heavily as I’ve lost the ability to converse properly due to weeks alone. I passed out on the floor. The next morning, late, we set out to sightsee, our ability compromised by midday heat, giant hangovers and the 3pm closing time of many archeological sites. We ran around the Roman Forum, Hadrian’s Library, up to the top of the Acropolis, back down to the Ancient Agora (which includes a super temple, older and better preserved than the Parthenon – in Athens one will notice it, it’s conspicuous, amongst trees). We then had a great late lunch, then went to the very shiny, very sexy, very new, very empty, Acropolis Museum. This infamous institution was built at huge public expense by the Greek Government as, in part, an attempt to guilt the British Museum into returning the Elgin/Parthenon Marbles,**  something that is very unlikely to happen. The four-floor museum boasts some rather impressive views of in-situ excavations beneath the building, but the ground floor and the second floor (both of which are big) contain no artefacts at all. The top floor contains some utterly ruined remnants of the marble frieze of the Parthenon, as well as poor quality reproductions of the better preserved examples that can be seen, for free, over in Bloomsbury. Of the exhibits that are there, some are impressive – ancient statues still boasting splashes of original colour, beautiful architectural elements, decorative metalwork, lots of ceramic pieces… But despite its ultra modern building, the visitor experience is very analogue – nothing interactive, and only one video (I believe) offering quite extreme propaganda against the British acquisition of “its”/”our” Parthenon artefacts. My girlfriend, who works in the art market, found this so irritating she became angry, snappy and loud, shouting about Elgin’s receipts for what he took, lecturing about the importance of art ownership and the precedent that would be set by objects sold (she admits under-value, but also claims that the Greeks at the time didn’t care. She also noticed that the statues that had remained in Athens had been left out on the Acropolis, unprotected, until 2004) being returned to their place of origin for no financial reason. She became very heated, not really calming down until a few hours after leaving the museum, quite incensed by the idea of a modern government trying to deny entrenched capitalist principles.
We had a quiet night, no messiness at all, got up early to ferry south to some islands. Let’s see what happens…
____________________
* Is “bush” a gendered term? I was uncertain but don’t believe it should be. Mine looked far more like a tree than a bush. I was chafing, I was itchy, wiping my anus was becoming more and more difficult. It was a criminally overdue haircut, but I hadn’t had the privacy (or the scissors) until that point.
**It’s a Falklands/Malvinas type issue with the names.

0 comments on “Having a Riot in Athens: Passing Out on the Floor, Pube Trimming, Heavy Drinking, Self-Harming AND Visiting the New Acropolis Museum”