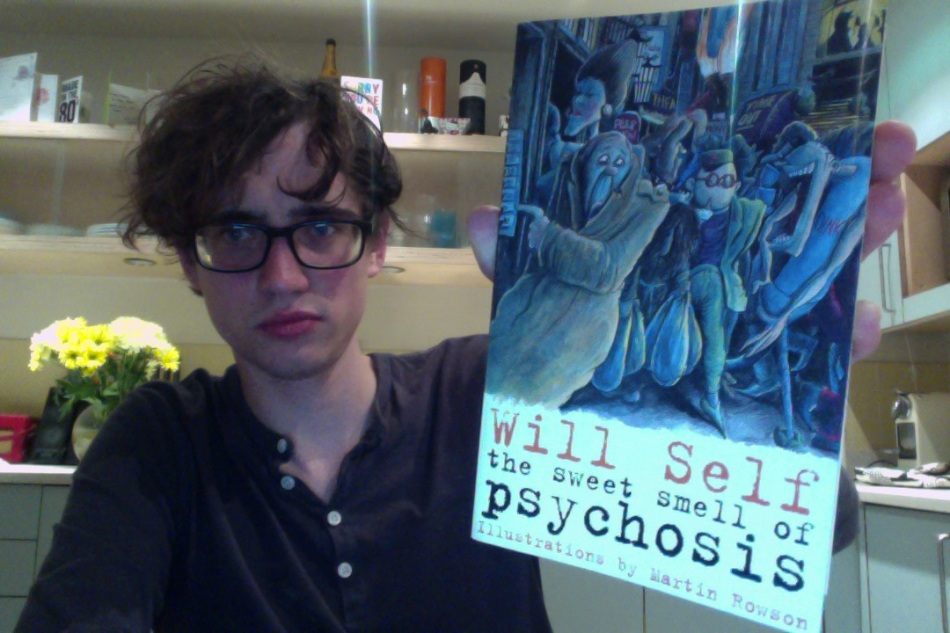 I bought this for two pounds in a Walthamstow Oxfam. Definitely worth it. A tiny little picaresque novella, less than a hundred big-print, illustrated pages of ’90s coke, alcohol, opium, marijuana, ecstasy-fuelled romping about the media parties, clubs and bars of trendy London. A fun snapshot, turning, spinning towards darkness as Richard Hermes, the protagonist, increases his drug consumption to keep up with Bell, the column-writing, bisexual, talk-show host celebrity whose entourage he happens to slip into.

It’s fun, frothy, dark and silly. A particular highlight: “he came like a beer belly spluttering in a pub toilet.” Trashy stuff. Don’t seek it out, but don’t say no if you’re offered it.

0 comments on “The Sweet Smell of Psychosis by Will Self”