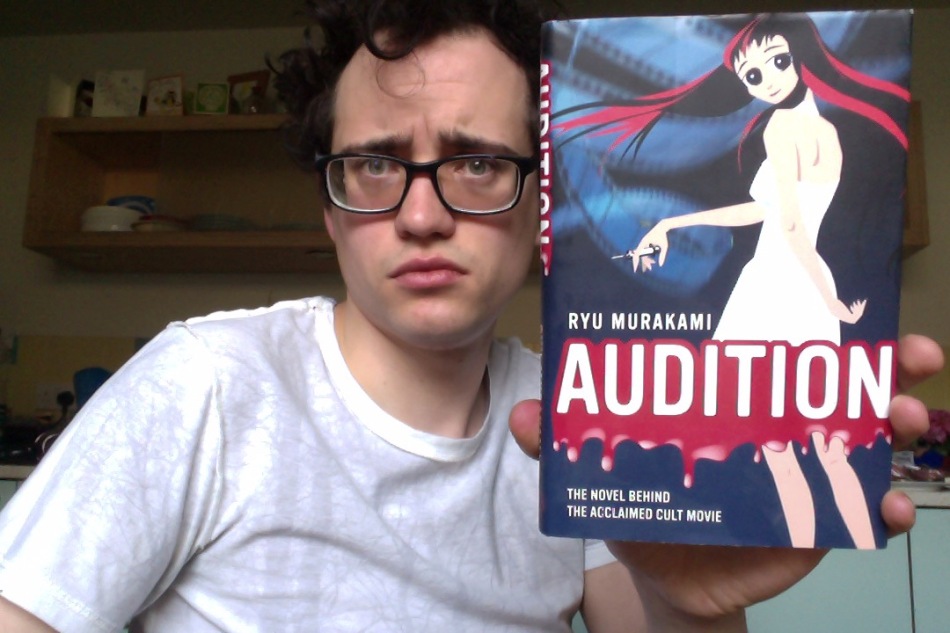 I haven’t read a novel by the “other” Murakami for years. In my long and distant and pre-blogging past, I read his weird, terrifying and semi-apocalyptic Coin Locker Babies, as well as his brilliant (and essentially American Psycho on holiday) In The Miso Soup. The first of those was long, quite depressing and (for me) not that engaging, whilst the second was punchy, sharp, violent, cruel, exciting and incredibly atmospheric.* Audition is more like In The Miso Soup in terms of tone, scale and violence, but lacks the difficult-to-pin-down something that makes the other one a great little pulp novel. Audition, alas, is just a little pulp novel.

The book is about a 42 year old widower who decides he wants a new wife. He gets a friend of his who works in cinema to set up auditions for a fake film, with the casting call the description of his dream woman. To widen the net, they allow auditions from women who are not professional actors, and pretty soon our man finds himself a lady he can’t stop thinking about.

However, there’s something off about her. All the men she’s previously dated have lost their feet. Is this a coincidence? Or could the classically-trained ballerina who suffered severe abuse as a child be some kind of evil foot-removing psychopath???

Overall, though, this is a small book, in both size and scope. Nothing very deep is discussed here, and there are plenty of arid digressions, though they are usually meant to show the protagonist aridly digressing when on a date with a beautiful younger woman. It made me laugh a couple of times, and when the violence does arrive it packs quite a punch, but as a complete reading experience I found that the shock/fear appeared too late to rescue the text from mediocrity.

I’d avoid it, but I would highly recommend In The Miso Soup.

* The moment in the novel my mind always returns to is when the narrator glimpses the erect penis of the monster he is guiding around Tokyo. It is metallic, inhuman, and does not ejaculate. In The Miso Soup is great.

0 comments on “Audition by Ryu Murakami”