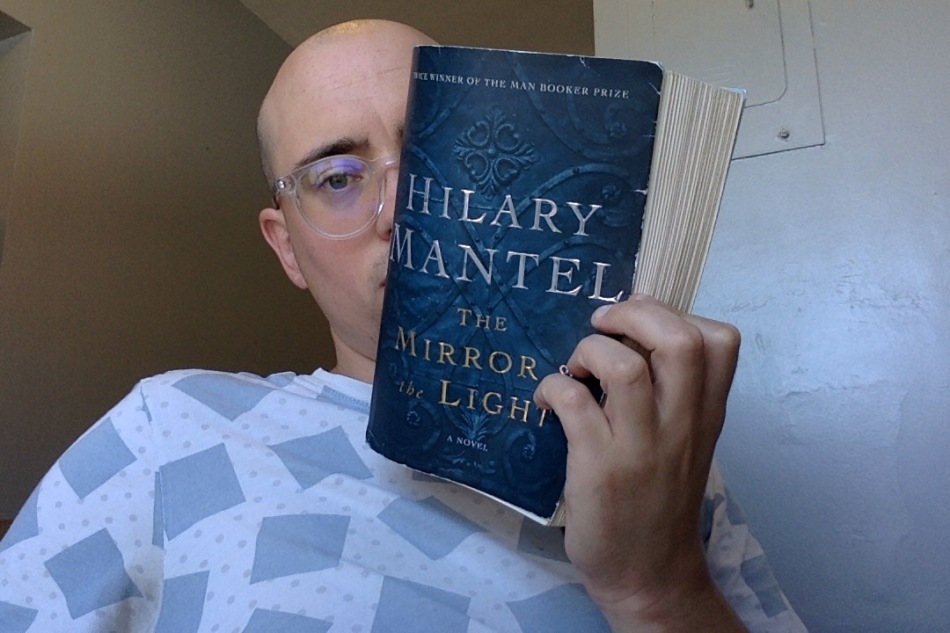 Written June 15th and actually it was this one, not Things Fall Apart that caused me to pause blogging, for reasons that will become apparent. June, baybe, what a time!

Although it wont feel like it to you, reader1, this is the end of me taking a several week hiatus from TriumphOfTheNow.com, as a deliberate – if empty – gesture in response to the mass, international, Black Lives Matter protests.

Nobody needs new comments on my dull little lockdown life and the books I’m reading when police are killing people of colour in the street and when, in some countries, especially the UK, the far right are being mobilised like they haven’t been for decades. (edit from August: this has gotten WORSE)

This is the worst of all possible worlds, and I don’t feel like there is anything useful rn in my depressed, anxious ramblings about how I struggle to exist, even while quaffing the huge quantities of prescription medication I take to mitigate the most serious effects of the Borderline Personality Disorder2 I was diagnosed with a couple of weeks before lockdown began.

Of course, though, silence is complicity, and though I have made sure to retweet things I find “important”, the space I take up on my own personal blog is not space that could otherwise be taken up by writers with more diverse backgrounds: I mean, if anyone reading this who is less white and middle class and masculinised than I am would like to write a guest post (or posts!), then by all means email triumphofthenow [at] gmail.com and we’ll make a go of it! We can put one of those donation boxes at the bottom direct to your PayPal. That’d be nice!

Because, in my time, I have suffered bullying and abuse because of class and because of perceived queerness, but never have I been bullied or abused because of any aspect of my physicality, including my race, my age, my health or my fitness level, even in spite of the appearance of my ever-more ugly body.3

It’s been a while since I used footnotes a lot here, but I’ve been working on editing some of my long form essayistic work recently4 and they’re actually very useful, especially if one is overloaded with thoughts and feelings that are only tangentially connected to connected to connected to the reality of the current global crisis of human rights and disease and/or the general form of the blog. OK.

Still weeks away from any possibility of a return to work, I decided to read a big5 novel, the final part of Hilary Mantel’s Thomas Cromwell trilogy. It is called The Mirror and the Light and it is 900 big pages, going from the execution of Anne Boleyn through to the (spoiler alert) execution of Cromwell himself, just over four years later.

In this one, Cromwell continues to rise higher and higher in the service of Henry VIII, but with more power comes more responsibility and with responsibility comes accountability. Basically, with the dramatic irony given to most readers who know that Cromwell’s death will a) end the book and b) not be from “natural causes”, the whole text becomes an exercise in dread.

As Cromwell does more things that rage against the aristocracy, as he finds spurious reasons to execute as many of those who oppose him as he can, the vigour and volatility increases of those enemies who he cannot have killed.

The Mirror and the Light is full of Cromwell doing unforgivable, cruel, things and though sometimes they are against people who are malevolent, often they are against people who are ignorant or principled or just in the wrong place at the wrong time. As a “lowborn” person, Cromwell deals with classism from many of his colleagues in Henry’s privy council, but he also clings to his youthful identity more and more, the further away it gets.

I didn’t like Cromwell, but I didn’t like any of the other characters any more than him; in many ways it is a novel without a central, likeable, character. There’s lots of humour, and the back-stabbing and betrayals and scheming that all characters indulge in can often be affecting and so, yes, even though I disliked a lot of these figures, Mantel was still able to make my emotions echo their emotions, and many times while reading the book I had to show real restraint to not rush to Wikipedia and find out what history dealt to certain people.

At the end, Mantel provides a brief afterword that does give closure to the characters left alive (and provides the joyful nugget that Oliver Cromwell – who did get the chance to properly kill a fucking king, yes please – was a direct descendant of Thomas Cromwell’s nephew, Richard, who is a prominent character in the books). After that, there’s a very funny non-acknowledgements page (to avoid being accused of writing “a vulgar exercise in name-dropping” lol).

So, yes, the novel is very very very (too?) long, but Mantel’s writing is, of course, excellent and though it is a big time commitment and its first half is conspicuously slower than its second, it’s an engaging character study that is thoroughly enjoyable.

Looking up those publication dates astounded me – I’d misremembered them both as several years more recent than they are – maybe 2014 and 2016. So, I suppose then, the element of satire and allegory wasn’t present in the earlier books, and I am instead reading them through the prism of my – our – reality where the cracks in our beshitten world have become unignorable.

Anyway, I need to go, I have some work to do and I’m also very ugh stressed and anxious and I’ve just this second decided to keep all scheduled posts off of TriumphoftheNow until July. I’m behind and I’m anxious byebyebye

1. due to the use of scheduling on my website, this will likely appear in late july or maybe even August, even tho it is being drafted on the fifteenth of June and, at some point, all of the posts I descheduled throughout June will start appearing without any comment, which will give me a cushioning distance between the political upheaval of – for me – the last few weeks and – for you, probably, the last few months. Also, this is the first time I have come to write a post since the closing down, in disgrace, of Queen Mob’s Teahouse, following the revelations that the married, 30-something white male middle class EIC had solicited nude photographs from a like 20 year old female poet who had written about abuse and addiction for the magazine. The writing of this young woman made it clear that she was vulnerable, and to see that vulnerability exploited by someone who is demographically near-identical to me made me angry. It’s so grubby, so grimy, such a dull fucking enacting of an ugly male stereotype. Perhaps it makes me angry because it shows how close disgrace is, and perhaps all that spares me from the same fate is that because i never (have never?) got into pornography I do not see my phone or my computer as sexualised objects: for me, the internet is not a sexual space, and I know that is very rare these days. Have I behaved poorly in public? Yes. I avoid writing about these issues now because, as a masculinised person who predominantly feels sexual attraction towards women, as a person who used to spend a lot of time blackout “drunk etc”, I am almost certainly not without cause to be cancelled. It is why I shaved my head. It is why I have no social life. It is why I don’t really have any idea of what to do with my time. Intellectually, I do not want to go to parties and get so wasted I lose all self control and beg strangers to kiss me. But it is what my body wants. I often cry whenever I think about how much I want to be touched and how little I want that touch to mean. The pleasure of sex never comes close to the pain of regret. ↩

2. i don’t know if I’ve mentioned my BPD on here yet, or if I was waiting for the pleasure of regret to be released first, which closes with an essay on that diagnosis. I feel like I probably shouldn’t advertise that I have [been diagnosed with] a personality disorder in public due to the potential repercussions on career prospects etc, but that’s bad and very conservative praxis. Having also thought about it more, during the weeks I have been not blogging, I realise that there is legislation in place in most countries to prevent discrimination based on medical status, and that if I’m content to have multiple books published which directly refer to recreational drug use and the symptoms, if not the diagnosis, of Borderline Personality Disorder, then I should feel comfortable telling people more casually. Everything, though, comes down to this: I don’t enjoy being alive. ↩

3. when i am working again I plan to begin spending money on cosmetic surgery. I find myself fucking repulsive and I do not want to look like the fucking horrorshow I look like any longer. I love wearing a mask because no one can see my ugly fucking face. Maybe I should buy a girdle before I buy liposuction. I need to look into the prices and the power of the results. ↩

4. and, of course, I read a David Foster Wallace, like I did when I was young and had hair lol. ↩

5. in both senses of the phrase “big novel”: it’s both physically huge and was also like “a big deal”, i.e. being advertised and getting reviews in newspapers. ↩

Order my latest book the pleasure of regret from Broken Sleep Books.

Listen to my novelty XXXmas song on Spotify

0 comments on “the mirror and the light by hilary mantel”