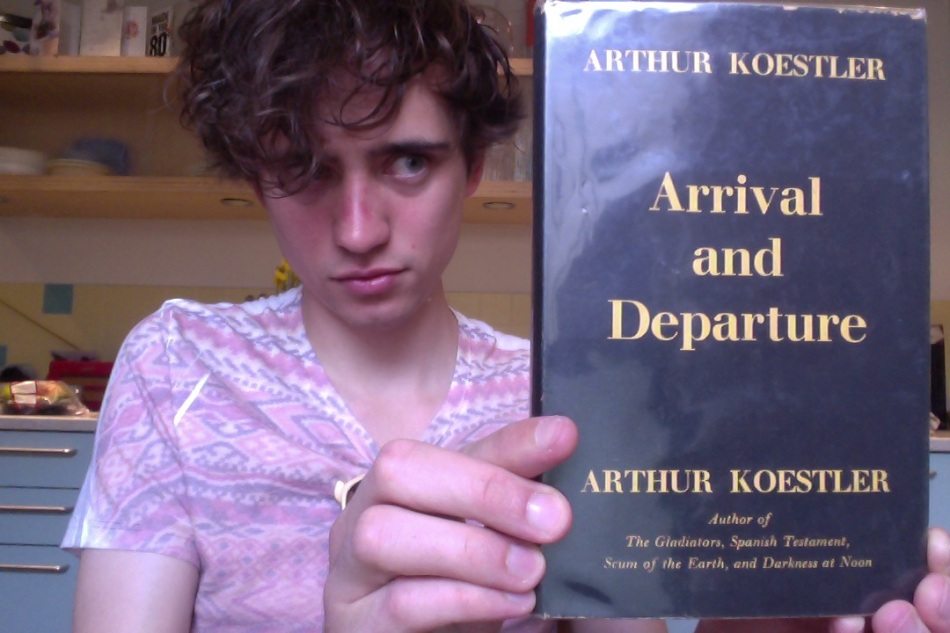 This is the last of the lovely old books I bought whilst in Hay-on-Wye a few weeks ago, a charming first edition produced in the midst of the Second World War. Check this out: 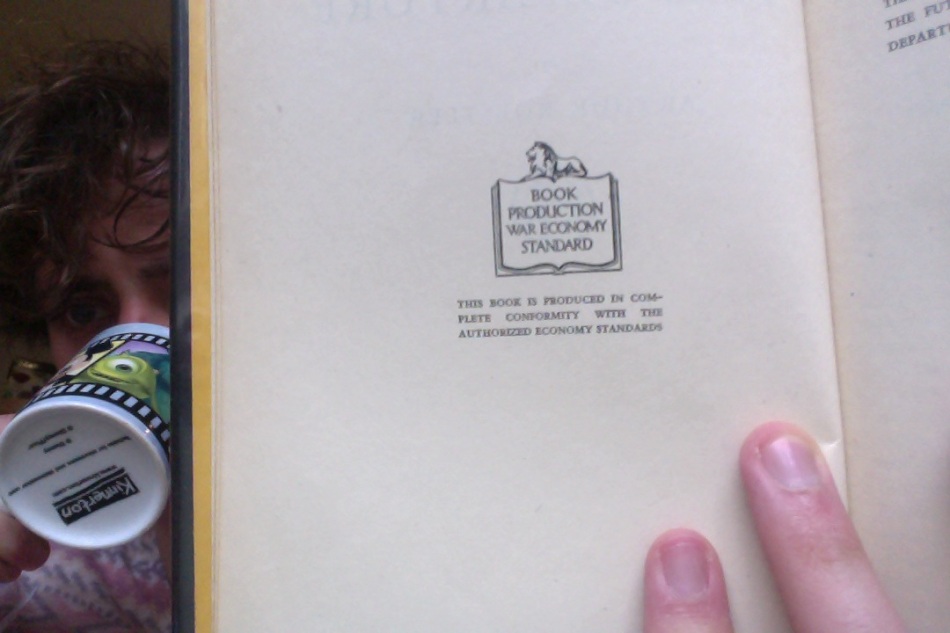 Reading a pleasant copy of a book often affects the reading experience. This rustic, thick paper, loosely cut, occasionally marked by printing errors, added very much to my awareness of war-time oppression and sacrifice that the text is about.

Arrival and Departure is a short novel about a young man, Peter Slavek, a former student revolutionary who has run away from the occupied country of his birth (somewhere in the Balkans) to one of Europe’s last neutral territories, the aptly named Neutralia. He has no papers, few connections, several fresh scars and an impressive reputation as he betrayed no secrets under prolonged physical torture. Coming from a bourgeois, connected, family, his passion for the politics of the ‘working man’ meant he was never truly accepted by his allies in ‘the Movement’, clearly a variant of the Communist Party. The never-named enemy practice eugenics, massacre Jewish people and the mentally ill and constantly try to gain control of larger sections of Europe. It’s not hard to see who Koestler was basing this regime’s ideology and behaviour on…

Peter Slavek ends up, quite quickly, living with a psychologist, a former friend of his mother’s and a woman who he feels intense sexual fear of. Peter repeatedly refers to her ‘cavernous flower’, though at no point does he begin any kind of sexual relationship with her. He instead begins an affair with a young woman, the first sexual encounter of which reads very much like a rape. I struggled to understand if that was intentional, or if I am just approaching sexuality in literature with a post-Chatterley liberality. Either way, I found it rather disturbing. Once this affair ends, his lover escaping to America onboard a refugee liner, he has a nervous breakdown and thus begins the main section of the novel, titled ‘The Past’. Here he explores in great detail his life history to date, from early tragedies, through to his experiences amongst the men of ‘the Movement’, his capture, torture, time in jail and the horrors he witnessed before being released. Prompted and aided by the psychologist he lives with, Peter (and the text) explore[s] the events of his life that led him to act and think in the ways that he does, ultimately freeing him of the blind need to ‘never be on the winning side’. This section is intense and rooted very much in the kind of psychoanalysis one would expect in a Woody Allen film, so I can believe that the presence of this mode of thinking thirty years earlier would have been new, revelatory and interesting. The lack of Freudian exploration, something everyone who has read more than a handful of books from the 20th century is probably sick of, is a relief. The ‘carnivorous flower’, the maternal figure who knew his mother, the reader is allowed to draw the transparent conclusions itself, as the more modern self-evalutaing techniques are the ones the text chooses to focus on.

I enjoyed this dark, literary novel, and though it is not the best thing I read this week (that would of course be Malcolm Lowry’s Under The Volcano), it is certainly a good piece written at a scary, dangerous time, exploring the potential that conflict had, and the mindset of those who chose to fight within it held. On both sides. I’ll be looking up Darkness at Noon shortly.