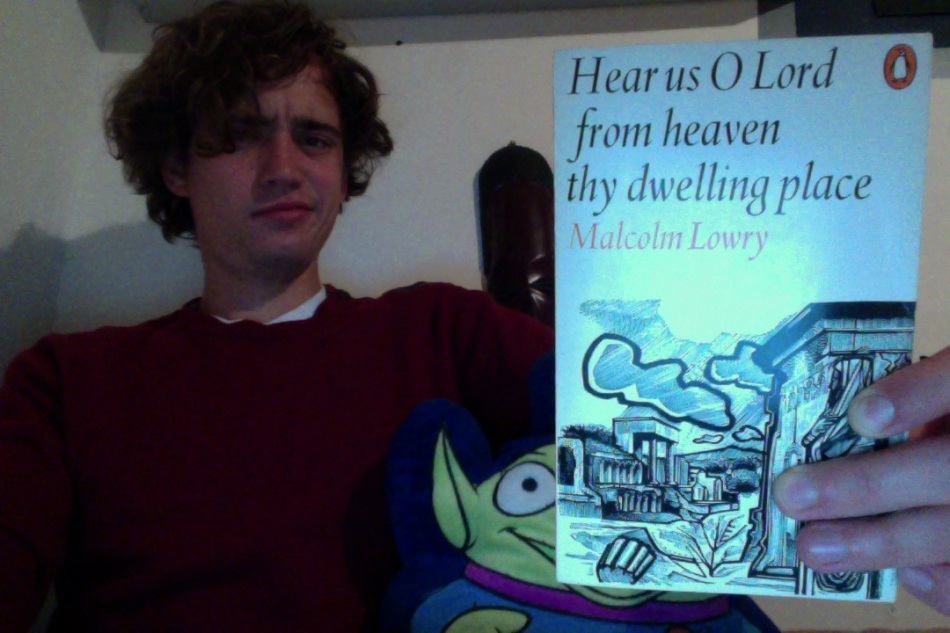 Malcolm Lowry died in 1957, having published only two books (both novels) in his lifetime: the youthful Ultramarine (1934, my review here) and the incredibly acclaimed Under The Volcano (1947, likewise, my review). Although a lot of unfinished novels, stories, poems, letters, essays and so on have been published in the half-century since his death, the first posthumous release, and the one that was left in the most publishable manuscript form, was Hear Us O Lord from heaven thy dwelling place, released in 1961. It is a collection of interconnected stories (perhaps a couple could be classed as novellas), all of which explore people and places familiar to a Lowry reader.

All of the characters – most of whom are writerly alcoholics in happy marriages who went to sea in their youth despite coming from affluent backgrounds – are linked through having spent time living in a fictional Canadian town, Eridanus. These people, as they travel around the world, muse on their past, drink too much, pay off debts to bootleggers, visit Pompeii (perhaps the highlight), et cetera, seem to represent different parts of Lowry’s personality, some differing only in age. All appear happy and in love, all are striving for a creative, bucolic life, all have travelled, all are intelligent, articulate and all have the striking connection of hearing the melody of Frère Jacques in the sound of ship engines. They all also know the words to the obscure Manx Fisherman’s hymn that forms the title of the book, and they all have learnt the song in different circumstances.

Whilst Under The Volcano is a dark, dense, beautifully tragic novel that left me in the kind of emotional hole that only Capuchin Catacombs usually can, Hear Us O Lord from heaven thy dwelling place is (surprisingly) rather upbeat. Particularly given its long period of gestation, and particularly given the sad circumstances of Lowry’s last few years. His drinking, his pill-popping (his death ruled an accidental overdose due to his habitual swallowing of anything to hand), his unhappiness at leaving beloved Canada for the UK (a move my research has shown too many motives for me to assert one), his ostracisation from the middle-England Home Counties community he ended his life amongst… His death, his life, was not happy. But the work he was keenest to complete as it drew to its conclusion was this collection celebrating the uplifting power of travel, human connections, creativity and, most importantly, fulfilling romantic and sexual love. Some beautiful stories here, written well. Lots of references to his life and to his two novels, which would perhaps deplete some passages of meaning to a casual reader, but I think it is very unlikely anyone will come to this as a casual reader. I enjoyed it immensely, though.

NB: I cannot recommend Under The Volcano highly enough.