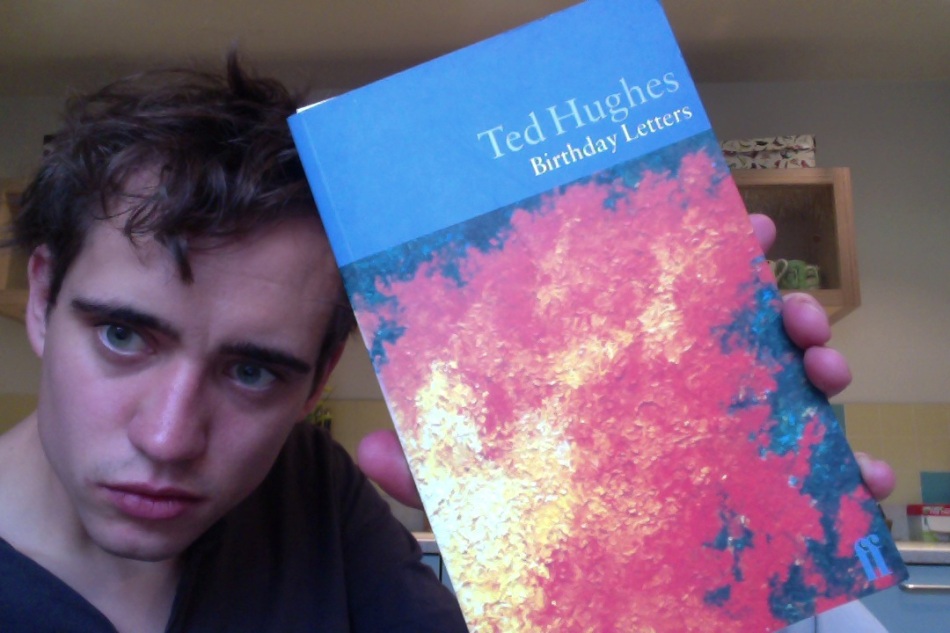 Wow. I just finished reading this long collection of themed poems, and found it pretty impressive.

Birthday Letters, Ted Hughes’ much-lauded 1998 book of works about Sylvia Plath, is quite the revelation. In Hughes’ work that I had read before (which isn’t much), I had always found a rather prosaic pastorally feel that put me right off. Life happens in cities, I always say, yet in this exploration of his infamous first marriage, he proves me wrong. He creates the image of a marriage doomed from the start – he first notices Plath as he blokily checks out a photograph of the female Fulbright Scholars she came to England as a part of, and as they each enter each other’s lives there is a constant lacking in place, in shared ideology and in equality. Hughes, even in this book published decades after her desk, is mean about Plath’s poems. There is no attempt to hide feelings, to water down feelings, to alter truth… It feels a very honest, open, personal, collection. Which, I suppose, it is.

There were many poems that stood out for me, particularly one near the end fantasising about the awkwardness that would have existed between Hughes and Plath if she had lived and he had attended her sixtieth birthday party, ‘Freedom of Speech’. A somewhat unexpected dip into sentimentality that he was able to pull off through such sustained internal and exploratory verse. Also, I do really like Plath, I feel The Bell Jar is one of the best novels of its time, and of all time as regards its subject matter*, and the idea of her living to write more is one that appeals to me.

My other pick, a poem that sums up Ted Hughes’ terrible skills as a husband, if not as a person, is the piece he writes about the night his first child was born, ‘Epiphany’. It is a three page text about a strange child trying to sell him a caught fox cub on Chalk Farm Bridge. Obviously, this is not a quotidian sight, wasn’t even in 1960’s** London, but nor is the birth of ones first child. He ignores this. The lasting, the important, the significant event for Hughes of that night was the encounter with an enterprising child, not the birth of his own. Cruel.

This is a justifiably renowned collection, and I will certainly be coming back to it shortly. Emotional, expressive, beautiful and tight. Highly recommend. (Though it isn’t very much fun.)

* I read a lot of mid-20th century novels AND a lot of novels about mental illness.

** That’s a possessive. I know how to fucking punctuate. The child was born in 1960.