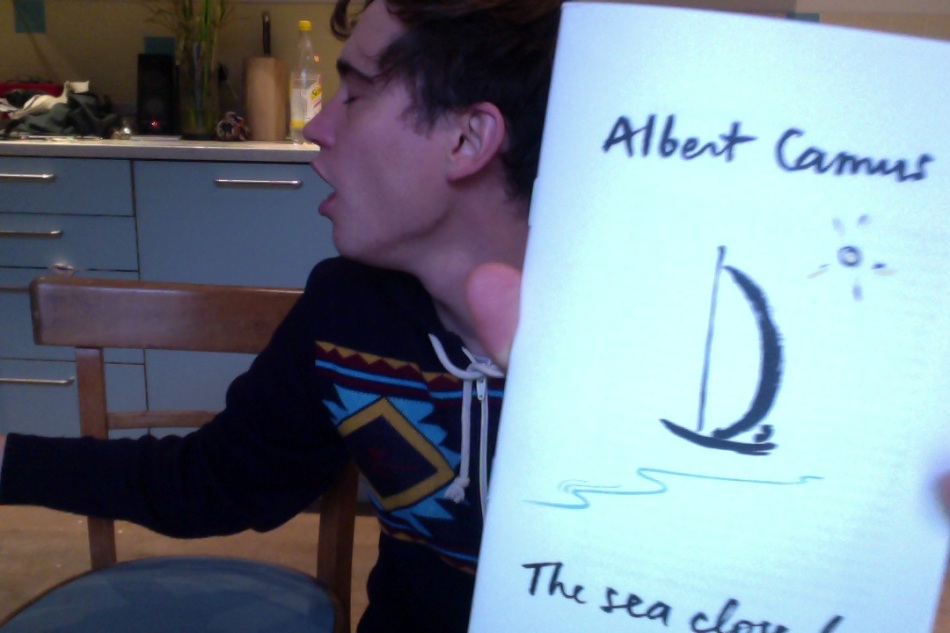 I bought this little promotional book for £2 on impulse a few weeks ago. I read it today. The Sea Close By contains a story about travel and an essay about Algiers, Albert Camus’ hometown.

I don’t have long to write this, so my review will be short. The title story is great, a fragmented and almost hallucinatory journey on a ship sailing around the world, with the direction and the destination seemingly constantly in flux. (This may have been a misreading.) There were some beautiful passages of description, for this is what the piece mainly is – snippets, ideas, brief experiences. It excellently exudes a sense of movement, a sense of displacement, and a sense of the majestic mystery of the sea. Highlights are Camus’ descriptions of the ocean by moonlight.

The essay seems to me a strange companion piece, selected perhaps for its identical length. However, if one looks for a thematic connection, there is the potentiality to see an exploration of the opposite feeling – rather than travel, movement, the unknown, ‘Summer in Algiers’ is about ‘Home’. Camus writes about his home city as an outsider, as a Frenchman who lived there; there is a strong awareness of his distance from the natives. There felt to me to be rather a confusing (but comforting, somehow) oscillation between his narratorial voice placing him as an Algerian and then as an outsider. He slips frequently in and out of the use of ‘we’ and ‘they’ when discussing Summer habits of his youth, and he writes both with seeming contempt and nostalgia.

I suppose, in that, it is the same way many of us think of the places we grew up in and left.

1 comment on “The Sea Close By by Albert Camus”