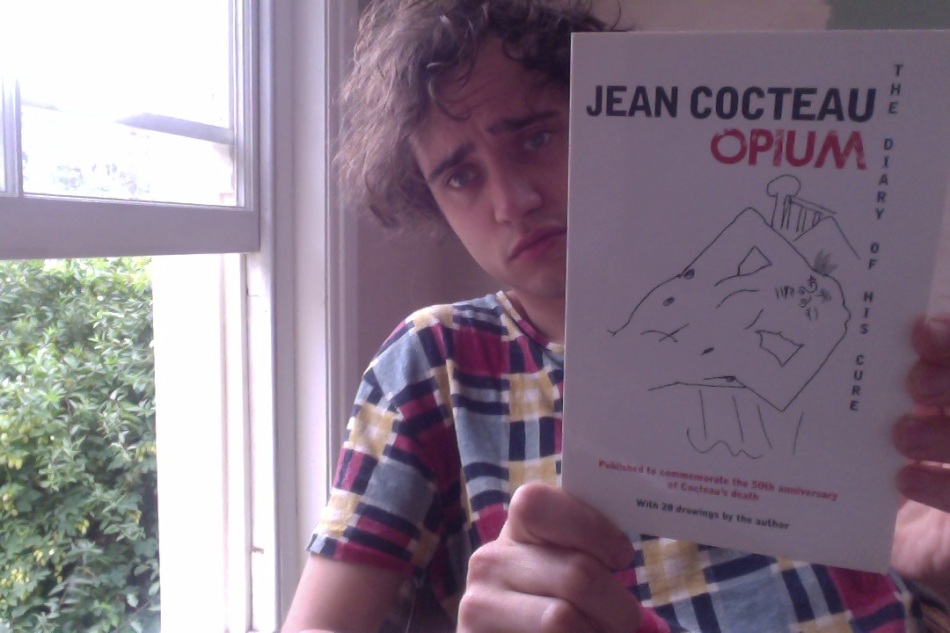 Opium: The Diary of his Cure is an odd, but engaging, book by the French not-Surrealist modernist Jean Cocteau. Friend of Proust and Picasso, playwright, established part of the 1910s Parisian literary scene, filmmaker, novelist, poet, designer, artist and (here, crucially) opium addict, he was a busy and a varied man, and that comes across much better in this book than it does in his famous novel, Les Enfants Terribles, which I read a few months ago.

This book is a collection of notes, rather than a blow-by-blow diary, that Cocteau wrote (then, I believe, re-ordered thematically and added in a few more) as he went through the process of detoxing from his opium addiction. Rather than a gross account of the physical effects of withdrawal, though, this actually folds out as an interesting dive into a love of opium, a regret of getting involved with opium, a little bit of the physical effects of withdrawal but far more an autobiographical portrait of the writer, and an ultimate acceptance that opium will forever be a part of Cocteau’s life. Did that last sentence make sense?

The themes that filter through Cocteau’s cure process are memory and time*, not just a consideration of the effects his drug use has had on his life, but a more nuanced and contemplative exploration of his own past, brought on by having a few weeks in a hospital bed in which to just fucking cogitate. Opium is literary anecdotes, is bon mots, is comments on his own work and critics, is ideas for work, is hallucinations, is memories of childhood, is hopes for the future and is an absolute fucking shitload about the intellectual, social, sexual and physical affects of the milk of the poppy.** It’s interesting, it’s informative and it’s a rather unexpected window into the life and mind of a writer and a literary scene I don’t know very much about.

It’s a quick read, and a rather unique one.

I quite enjoyed it.

* Of course, these are the themes of Cocteau’s big buddy Proust’s magmum opus which now, having completed a postgraduate Literature degree, I will shortly try to read.

0 comments on “Opium: The Diary of his Cure by Jean Cocteau”