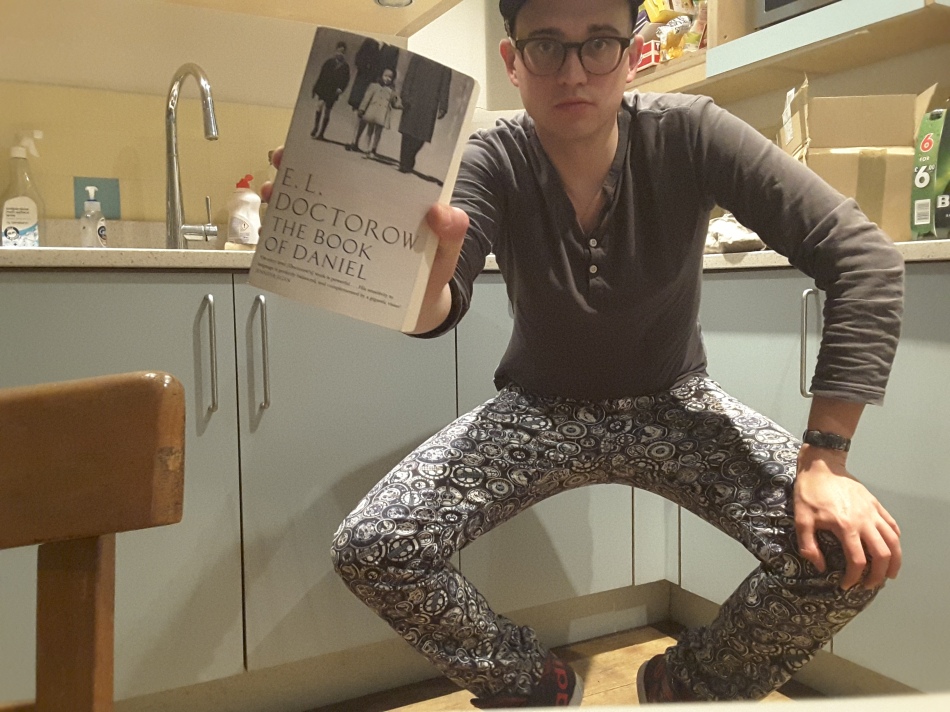 The Cold War is a period loved by fiction.

The world at that time was cast into blurry, grey-stained, black and white, every individual close to polarity, every nation state making alliances and allegiances based on what it thought was the best for its weightly-defined national ideology, with the two big players throwing their weight around like the ignorant twats who hit puberty before the end of primary school and mistakenly allowed physical power to give them a sense of innate superiority*.

Obviously, I’m talking about Russia and the US.

Both as bad as each other, at least in cause, though the common concensus is (at least here in Wee Bonny England) that the Russians were worse. By refusing to allow its citizens the ability to grow and sustain themselves as consumers within a capitalist society, it instead doomed them to starvation in a society that offered no reward to work and coddled its comrades to death.

Whatever your view of the Cold War’s inherently similar worldviews, it is impossible to deny the period’s great capacity for political writing. Bulgakov and Solzhenitsyn in Russia, Marilyn Monroe’s ex and all those fun spy novelists in the West. When extremism rises, emotional experience moves towards the extreme, and Art tends to rise and elevate itself alongisde this, and often manages to find deep within itself an ability to evoke the feelings and experiences of extreme living. Then again, maybe it’s easier to capture nuanced portraits of heightened emotions than it is to capture nuanced portraits of nuanced emotions. Either way, The Book of Daniel by E. L. Doctorow falls firmly within that category of fine Cold War fiction. This fair-sized novel is a moving, thought-provoking and experimental work, all about the fallout of extreme political ideology, all about grief, all about regret, all about horror, all about pain.

Daniel, who is predominantly the narrator, is a hippie in his late 20s in the late 1960s in America. Susan, Daniel’s sister, has just been consigned to a psychiatric hospital after being found with her wrists slit in the ’60s American equivalent of a Little Chef, while he and his painfully young wife and their child loiter in the foyer with the siblings’ foster parents. Daniel and his sister’s birth parents are dead. They were executed by the state for treason in the early 1950s, and this very public and very “example-setting” case made the teenage years of their orphaned children very difficult indeed.

We exist within the head of Daniel, but the head of Daniel is all over the place. He luxuriates in his highly sexualised marriage with a woman almost a decade younger than he is; he flashes back to his childhood before his parents were arrested; he thinks about the doctorate he is pretending to do, where he kinda relies on being the son of famous rebels to avoid any work; he thinks about visiting his sister in the hospital, he thinks about his grandmother, he thinks about his growing awareness of his parents getting a bit too involved in the local communist party, he thinks about school, he thinks about food, he thinks about how it would’ve felt to be other people in his family and the narrative lifts, a few times, for a bit, into the first person of someone else, it lifts regularly into a close third person rooted in his perspective… The Book of Daniel also moves into brief essayistic passages where Daniel thinks about and considers what has led the country of his birth to have such staunch opinions and such faith in its own convictions, he charts the rise and fall of various politicians, he discusses the impact of the hydrogen bomb on foreign policy, he looks at the civil rights movement and how that detached itself from communism and then achieved success, he looks at prejudice that has existed throughout the world in recent history, the repercussions of the world wars on the generations above him, and on the rapid rate of technological change that massively altered, most importantly, methods of mass communication during his lifetime.

The reader knows from the start that Daniel’s parents were executed as enemies of the state, and we know their punishment caused huge street protests and numerous appeals before it was acted out, but we know they are dead. We know they are heroes to some, and we come to discover the massive hole left in the lives of both Susan and Daniel: how do they respond to this position in which they’ve been placed, how do they compensate for the fact that their parents possessed convictions that lead directly to death? Daniel, essentially, tries to do nothing. Susan, the opposite, tries to do everything.

This is a bleak coming of age novel set in a time when the world felt like it was liable to end, and only published a few years later (1971). When Daniel’s parents are on trial, the world is on the brink. When Daniel is puzzling over his memories in response to his sister’s suicide attempt, that isn’t the case. In 1967 there is Disneyland, there is rock music, there is dope everywhere and there is a sense of freedom, of catastrophe averted. But not for Daniel. For Daniel, the catastrophe came:

Let our son be bahmitzvah today. Let our death be his bah mitzvah speaks Daniel’s mother as she waits for her execution, knowing her husband is already dead.

Were his parents conspirators, were their charges – if not their punishment – justified?

I cried, I wept, I bawled, I smiled. This is a weighty, emotionally-charged novel and well worth a read.

* Insert biting satirical footnote about that Tory MP who yesterday directly correlated affluence with success. Has anyone else noticed that it’s only ever rich people who do that? His name is Alan Duncan. Thanks, Google.

0 comments on “The Book of Daniel by E. L. Doctorow”