I love a short book. Few things get me more excited than starting to read a book that I’m 100% certain I’ll be able to read before I’m distracted by work, responsibility, hunger, needing to shit or an eviscerating rush of lust. I had a journey of just under an hour to make this morning, and Will Harris’ Mixed-Race Superman (Peninsula Press, 2018) to accompany me.

Another of the trendy breed of short and small (in terms of size only!) paperbacks that are hip in the London scene these days (like my own Bad Boy Poet, please support independent publishing), Mixed-Race Superman is contemporary literary non-fiction of exactly the kind that I love. Blurring memoir with intellectual analysis of serious societal issues and deeply engaging, too, with popular culture, this was everything I wanted from my journey, and one of the rare occasions on which I read a book that I wished was longer.

A couple of years ago, almost everything I read for a while was a deconstruction of race in the contemporary age. As a middle class white man who, at the time, was incredibly depressed, there may have been a masochistic edge to it, as – and it’s true – the “white race” is categorically the most sinister, evil and self-important of all the races. All of the worst colonial atrocities were conducted by white people, all of the international structural inequality that exists globally was a result of the policies of countries like the UK, Spain, Portugal, France, the Netherlands and – a little behind everyone else but just as destructively – Belgium. The repercussions of the slave trade still cause deaths every single day in North America, the societies constructed by colonists in both American continents and across Oceania were established in ways that left the indigenous peoples (those that weren’t massacred by violence and/or infection) in an unfair situation that still affects their lives many centuries on. White people are shits, and have been for a long time.

No white person (who isn’t irreparably amoral) can engage with any discussion of race and feel good about themselves. It’s an easy topic to dive into if you’re a self-hating white liberal searching for severe criticism, but an awareness of the politics and history of race is essential for everyone, for many reasons. Knowledge and empathy are key methods in the prevention of racism, and ignoring these books and these discussions just because I’m not depressed any more would not only be remiss, it would be as wilfully ignorant as those idiots who voted for Brexit.

So, I bought myself a copy of the beautifully-presented Mixed-Race Superman from Burley Fisher Books on the night of my book launch, and then pulled it out today, ready to think, ready to learn, ready to explore an important subject from a perspective I had not previously engaged with, literarily.

Will Harris, to quote the bio in the book, is “of mixed Anglo-Indonesian heritage”, and despite growing up in England with a very trad-British name, has lived a life in faux-liberal Britain constantly being othered. There aren’t tales of violent racist abuse, but there are many examples from Harris’ life of the patronising, misjudged comments from peers, colleagues and strangers that Claudia Rankine explores in such excruciating detail in Citizen: An American Lyric. Harris writes, in particular, about how having a “mixed” heritage puts him in a more complex position – he is an inside-outsider, an outside-insider – he cannot pretend he is not who he is, which is both a man who visibly “looks different” from others and an Englishman consciously a product of his age, class and education.

Harris goes into great detail about two other men who are of mixed heritage, and the different ways in which they have engaged with this. One of them is Barack Obama, the 44th President of the United States and one of the most famous and successful individuals of “mixed heritage” on the planet. Obama, raised across the world by his white mother following the familial abandonment of his father, achieved many significant things and (Harris writes) used his identity as a “man of the world” to remove the significance of his race from the rhetoric of his electioneering speeches.

Unfortunately, though, this – Harris opines – was part of a general trend of the era that begun in the 1990s but is now gone, when people (especially New Labour in the UK) claimed that racism was “over”, that nobody “sees race” any more, that we are in a “post-racial world”. Of course, most people understand now that this isn’t the case, and that pretending society had bypassed prejudice was very much a tool used by those in power to assist with maintaining the status quo, i.e. “if we’re pretending race isn’t a problem any more then we don’t have to have any conversations about it”. Phrases such as “I don’t see race” were used to close down essential conversations, not as a genuine plea of harmony and forgiveness. Obama’s race was something that he was unashamed of, and – again, I’m paraphrasing Harris – as such his self-confidence and “global citizen” rhetoric reassured the masses that voting for him would result in no reckoning: if a man of “mixed heritage” could be President, everything was fine, wasn’t it? No, of course it fucking wasn’t.

The other man Harris looks at in detail is Keanu Reeves, exploring how the acting roles and public persona of Reeves are affected by a) his heritage and b) his ability to “pass” as white. In bouncing between pop culture references, dissection of political rhetoric and complex theoretical explorations of the repercussions of centuries of prejudice on specific contemporary individuals, Harris crafts a perfectly-formed piece that is articulate, informative, emotive, intelligent and also incredibly readable. I know that it’s exactly the kind of thing that I enjoy reading, but that means I have a better awareness of when this kinda book is done well. Mixed-Race Superman is a real treat, and I’d highly recommend it to anyone who’s into creative non-fiction… or Keanu Reeves, or Barack Obama, or Nietzsche or Will Harris himself. Well worth a look. Perfect stuff.

Order Mixed Race Superman by Will Harris direct from Peninsula Press via this link. 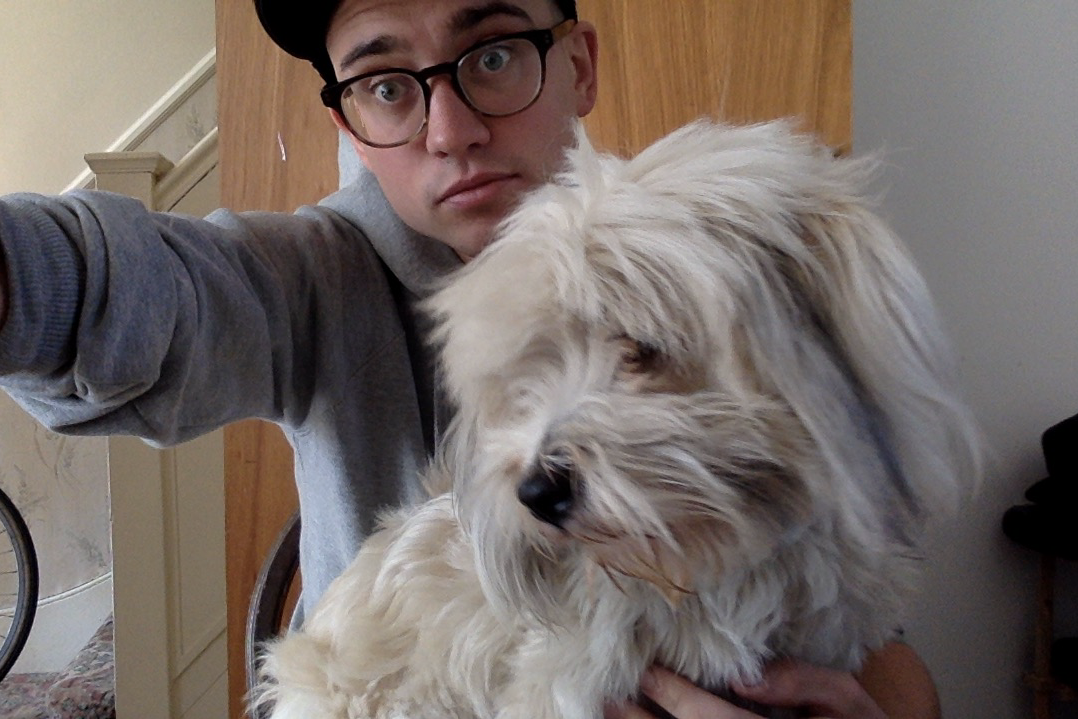 0 comments on “Mixed-Race Superman by Will Harris”