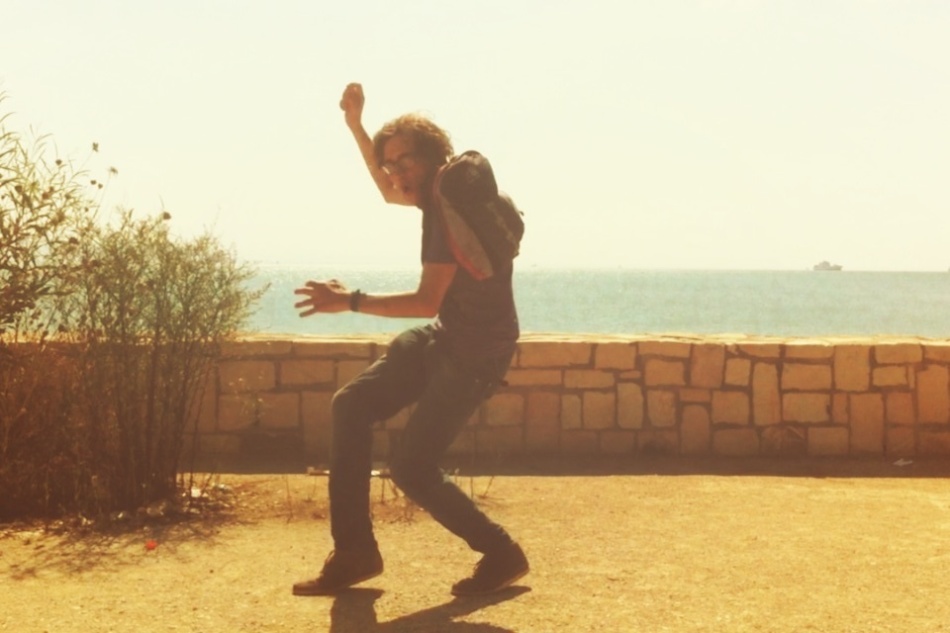 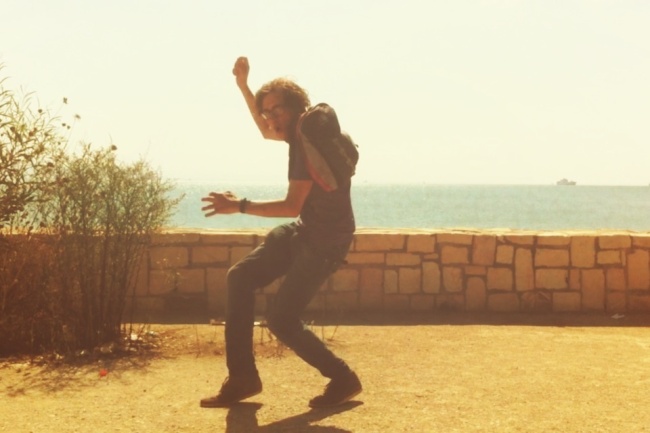 Despite dandling no one on my lap, my time in Tunis (so far) has been a highspincycle of emotion. There is no denying that the Prozac is gone – every internalised feeling is back, bigger and badder [sic]** than before: over the last few days I have screamed in rage in a tourist information office, had an incredibly loud panic attack in an echoey youth hostel and broken down in tears when offered a modicum of kindness. I have also been interrogated by non-uniformed police officers, accused of racism, seen some impressive Roman ruins, cried alone under a tree for twenty minutes, lost the ability to sunburn and visited Tunis Carthage Airport three times. I am Africa.

Tunis is a city of contrasts. Sufficiently different from Morocco to avoid the “doubling up” that some of my less cosmopolitan friends warned me of, it contains wide, tree-lined boulevards, a dark, often smelly, HUGE medina, a large port and four distinct, legitimate armed streetgroups (army, police, Civil Guard, private security firms). There is razor wire everywhere, pistols, assault rifles, batons thrice the girth of an average penis, politicised graffiti, blocked off streets, makeshift anti-tank equipment… as well as modern, international shops and banks, an efficient public transport system, friendly, genuine people who don’t ask for money… A city of contrasts. A city of contrasts.

In my last blog I complained about Casablanca airport. By the time I had arrived in Tunis, I would have even more cause to do so, for it (Casablanca Airport) lost my baggage. Not one to do well in any kind of remotely stressful situation, and now sober enough to actually care about things***, I did not react well. There were about forty other people at the lost luggage desk in the airport, I was not the only person having problems. After three hours I had received no information, just been told to return tomorrow. I got astronomically short changed when buying a coffee (didn’t realise for twenty four hours), clambered into a bus. A bus that swung onto the highway while I was still stood up and paying. I was not happy. And all I had to read was the centenary edition of the New Statesmen. Not the collected poems of Lorca. No Kerouac. No Berryman. No (more) Bolaño.

As the bus sailed towards the city, a thick, dark thunderstorm began. On the street. Fat drops of rain soaked into my skin and clothes as I got my first glimpses of the police, soldier presence.

I took an instinctive direction as the sun appeared to set, the oozing sky dark, foaming clouds, apocalyptic. I was sad, stressed, hungry. It was getting dark and I didn’t know where I was. I had lost my clothes, my books, my contact lenses, gifts I had bought other people in Morocco, my sunglasses, my pens, a snorkel, my phone and camera chargers, the printed confirmation forms of my ferries for the next week… Everything of use, though nothing of value. I had, I have, my diary, iPhone, bank cards, passport, camera (I think the order there is significant), but I have nothing else. That first night I found myself on the edge of the growling medina and I entered a cheap-looking hotel for directions. The clerk, helpful, showed me the route, but when I entered the street I would have to walk along for ten minutes, the shadowy, rain-flecked, empty, dark medina street I would have to walk along, alone… Lone men in doorways loiter, water cascades with a rancid stench down the centre of the cobbles, food waste, thin cats, dank fabric, flapping polythene blocking out the last splash of light from above… I backtracked, scared, reminded of Tangier. Slept in a doss house with blood and come-stained sheets**** and shared toilets, no shower. Arrived at the youth hostel the next morning, filthy, unwashed, hungry. Was let in by an angry cleaner and then left for two hours on my own, no one spoke to me. Manager appeared, he and his English-speaking assistant couldn’t give a fuck about my lost bag, interrupted my explanations of where I’d been the night before by asking for money. No hot water. Tap water undrinkable. Rooms smell. Toilets (sans paper) stained by, drowning in, other people’s shit. No one wanted to help me. I found my room, smelly. I thought and worried and self-hated myself into the biggest panic attack I’ve had since the old days, my hyperventilating kicks and punches certainly echoing around the empty hostel. Purged.

I went out, wandered through the medina. Bought some painkillers and took five. Had a lovely time. Went back to the hostel, urinated, found out where a secondhand bookstore was, bought a Conrad, a Lawrence*****, something else, I forget what. Bought a tiny pink towel. Felt distinctly light-headed from the pills, not pleasant, bought some boxers, showered, changed my pants, went back out, failed to find food other than a crepe, was accused of being a racist for ignoring a hustler, got no help from the Ministry of Tourism, ended up screaming “WHY WILL NO ONE HELP ME? WHY WILL NO ONE HELP? EVERYONE JUST WANTS TO TAKE MY MONEY” then ran outside and cried for a while. I then went and found the bus to the airport (pointless trip – “Come back tomorrow”), where a genuinely friendly bus driver chatted with me for ten minutes, offered me, the first person to have done so, his condolences at my lost bag. I cried again.

In the evening I ate dairylea and bread for my evening meal. I have seen nowhere selling fresh fruit or veg.

Today I swept up and out (cold shower) and, buying a DELICIOUS pastry en-route, travelled using Tunis’ quick, efficient, (though far from modern) light rail service to Carthage. Where I spent several hours wandering around the numerous beautiful, impressive, incredible, hyperbolic remains of many ancient Punic and Roman buildings. Charming mosaics, underground chapels, huge ruined bathhouses, a theatre carved out of the hillside and still in use, huge statues, excellent views of the beautiful Mediterranean and the surrounding white mansions of swish, modern Carthage, Tunis’ Beverly Hills******. I had a lovely time. And realised I no longer burn in the midday sun.

I returned to Tunis airport, visit three, news now that my bag has “disappeared”, great. Then a fresh, new tragedy began when my bank card stopped working.

Several phone calls, enough fruitless attempts at various Tunis ATMs to get a rather severe questioning by some plain-clothes police officers, eventually money was restored. Cash was spat into my hands from a dirty money hole, I lapped it up and spat it back out into the hungry mouths of t-shirt, shampoo and deodorant sellers. I felt so good, the fresh crisp dinar in my hand, I intoned to myself that the feeling must be how other people feel after sex. Another MASSIVE sober high.

It’s a city of contrasts. Tunis, and my undampened mind.

The food here is awful, but many people are nice. The problem in the medina isn’t hustler or pickpockets, it’s tiny old women elbowing and poking and slapping their way through the static crowds. I like that. I like being largely ignored. Very few people are trying to milk me here, as a tourist. Tunis is odd. But in a good way. I’ll write a less narrative-driven post as I float to Italy.

*I’ve kicked off hard here. References in the title are to Marlowe and the noughties balladeer and Eminem collaborator, Dido. If you IMMEDIATELY recognised both, you are my target demographic.

**It should OF COURSE be “worse”, not “badder”. I wrote that for effect. I may have lost most of my possessions/sanity, but I still have my sense of literary propriety!!!

***Oddly, or perhaps not, I have been feeling a growing urge to take ecstasy over the last few days – my serotonin receptors clearly crying out for some late 20th-century kind of chemical happiness.

*****I’m not going to say which one, has ANYONE read anything by TE Lawrence EVER!?!

******If you ever see me write or hear me say “Beverly Hills”, I immediately echo it in my head with “THAT’S WHERE AH WANT TO BEY!!! canyahearme canyahearme, livininbeverlyhills” Link: http://m.youtube.com/watch?v=HL_WvOly7mY&desktop_uri=%2Fwatch%3Fv%3DHL_WvOly7mY